Christian, You Should Get Counseling 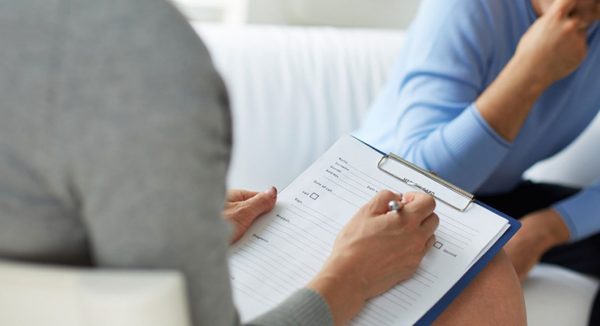 It felt strange typing this title. If I didn’t have personal experience with Christians who believe that because they’re Christians they have no need for counseling I would have never thought to write such an article.

Many believers seem to view counseling as ‘church’ for unbelievers. Now, the possibility for Christians to have mental illnesses is conceivable, sure, but the remedy is to be sought wholly, absolutely from God Himself. “God created my mind,” the Christian opines, “and God will heal it – I don’t need no therapist!”

Of course the same could be said for one’s body, yet most Christians will still see a doctor when necessary. Some seem to envision the mind differently. Perhaps they have an idea that the mind is entirely distinct from the body. This of course is a philosophical throw-back to Descartes or ancient Gnosticism, but when confronted with therapy many Christians seem to move in this direction.

The truth is that the Christian is by no means exempt from the need for counseling. In fact, the historic Orthodox Church has often been referred to as a spiritual hospital. The sacrament of confession might perhaps be its most obvious therapeutic intervention, but all of the sacraments, the liturgy, the role of the clergy, etc., are means by which God imparts his counsel and healing to believers.

Good luck convincing a hard-nosed fundamentalist of his need for counseling. I don’t advise it. For the same reasons that a clinical narcissist will never go easily to counseling, neither will this type of believer.

That type aside, let me give what I think is the single most convincing reason why any Christian would be made better through counseling.

The best way to present this to the Christian mindset I believe is through the story of Christ’s decent into hell after his crucifixion. Scripture describes Christ’s descent as a mission to deliver imprisoned souls (1Pet 3:19-20). If one imagines the tomb as one’s own heart then this story takes on an extremely personal relevance.

Many saints have written on this theme but one particular saint, St. Makarios of Egypt, writing in the 4th century, gives a striking teaching which beautifully strings together both Christian theology and clinical psychology.

“The heart is a tomb,” he writes, “and there our thoughts and our intellect are buried, imprisoned in heavy darkness. And so Christ comes to the souls in hell that call upon Him, descending, that is to say, into the depths of the heart; and there He commands death to release the imprisoned souls that call upon Him, for He has the power to deliver us. Then, lifting up the heavy stone that oppresses the soul, and opening the tomb, He resurrects us – for we were truly dead – and releases our imprisoned soul from its lightless prison.”

Notice with what experiential and theological acuity St. Makarios writes.

He is keenly aware of the ability of the psyche to “bury” and “imprison” thoughts in the darkness of unconsciousness; thoughts and emotions, which, if left unattended, can turn out every possible mental ailment. If you’ve ever wondered why anxiety and depression can strike at seemingly irrational and unpredictable times, often without trigger or warning, this is a key reason – thoughts and emotions which get repressed or denied go unprocessed. And if unprocessed, these thoughts and emotions will find their way back into consciousness on their own accord with or without your consent. They will continue to trip you up and strike you when you are least able to deal with it, and they will keep it up until they are adequately processed.

Their role is to become aware.

Once awareness is gained they are required to engage in concentrated and earnest effort to stay present with the thoughts and emotions while calling out to Christ for healing.

I can’t think of a quicker more powerful way to come to this awareness than with the help of a good therapist. A “good” therapist is first and foremost one who can accurately reflect yourself to yourself – yourself that is, not the self you think you are or want to be someday, but the one that is.

Change does not take place until one is able to see oneself honestly for all one is. King David was a master at this! Reading the Psalms one is often struck by the honesty and passion with which David speaks of his true condition. He knew his pains, he knew where they came from, he knew why they were there, and he knew to plead with God to heal him, and he did so with the utmost earnestness. A good therapist should be a short-cut to self-awareness, the likes of which David would have been proud of.

The Christians journey often ends here with therapy. They learn about their true self and take that self into prayer where they call on Christ to heal them.

And Christ heals them.

Others continue on because their particular illness requires more specialized attention, like a broken bone that needs to be reset. The physician resets it and lets the healing begin. Some people’s psyche needs to be “reset.” In those situations the Christian should not be against therapy but should use it for all its worth. Therapy should not be considered a hindrance to one’s faith any more than a doctor resetting a broken bone should be considered a hindrance to faith. The only true hindrance in this respect is one’s own thoughtlessness and dislocation from one’s true self.

A unique shrine of the 12-13th centuries, Turov altar cross, was recreated…

Most viewed articles
Deny Yourself to Save Yourself159
You are Essential in the Life of the Church95
Patriarch Kirill Prays for an Early Peaceful Resolution of the Conflict in Nagorno-Karabakh66
Why We Celebrate The Feast of The Cross and How We Can Live it50
Holy Cross Church Consecrated on Site Where Nazis Killed 80,000 in Minsk45
‘We Boast in Hope, We Boast in Sorrows’27
“This Is a Call to Peace”: Unique Turov Cross Recreated in Belarus13
Most popular authors
Priest Luke A. Veronis159
Pravmir.com team124
Protopresbyter George D. Konstantopoulos95
Fr. James Guirguis50
Protopresbyter Themistoklis Mourtzanos27