Pope Francis has called for increased cooperation among Christians to protect religious freedom and the right to promote Christian values in society without discrimination. 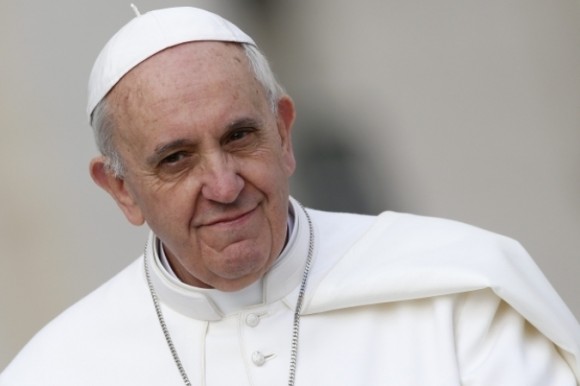 In a message delivered on Saturday to Orthodox Ecumenical Patriarch Bartholomew of Constantinople, he said there is “an urgent need for effective and committed cooperation among Christians in order to safeguard everywhere the right to express publicly one;s faith and to be treated fairly when promoting the contribution which Christianity continues to offer to contemporary society and culture”.

The pope’s message was carried to Patriarch Bartholomew by Cardinal Kurt Koch, president of the Pontifical Council for Promoting Christian Unity, who led a Vatican delegation to Istanbul for the feast of St. Andrew the Apostle, the patriarchate’s patron saint.

In his message, Pope Francis also called for continued prayers and greater dialogue in efforts to bring peace to the Middle East.

“I am aware that you are deeply concerned for the situation of Christians in the Middle East and for their right to remain in their homelands,” he wrote the patriarch.

“Dialogue, pardon and reconciliation are the only possible means to achieve the resolution of conflict,” he wrote. “Let us be unceasing in our prayer to the all-powerful and merciful God for peace in this region, and let us continue to work for reconciliation and the just recognition of people’s rights.”

Pope Francis wrote that many Christians in many parts of the world still experience discrimination “and at times pay with their own blood the price of their profession of faith.”

He noted that 2013 marked the 1,700th anniversary of the Edict of Milan – a proclamation of tolerance of Christianity throughout the Roman Empire, which is often seen as a symbol of the first affirmation of the principle of religious freedom.

The edict “put an end to religious persecution in the Roman Empire in both East and West, and opened new channels for the dissemination of the Gospel,” he wrote.

“Today, as then, Christians of East and West must give common witness so that, strengthened by the spirit of the risen Christ, they may disseminate the message of salvation to the entire world,” the pope said.

Pope Francis also mentioned the upcoming 50th anniversary of the historic encounter in Jerusalem between Pope Paul VI and Patriarch Athenagoras, the meeting in 1964 that set the stage for Catholic-Orthodox reconciliation and dialogue.

“God, the source of all peace and love, has taught us throughout these years to regard one another as members of the same family. For indeed we have one Lord and one savior,” the pope wrote.

In his address to the Vatican delegation in Istanbul, Patriarch Bartholomew said he believed Pope Francis “will constitute a renewed inspiration for the common journey of our two churches toward the world in order that we may assume social and moral initiatives for the consolation of humanity, which is suffering from diverse global crises.”

He underlined the importance of joining the pope for his expected visit to Jerusalem in 2014 to commemorate Pope Paul’s meeting with Patriarch Athenagoras. Meeting in Jerusalem would usher in a new season of ecumenical dialogue, Patriarch Bartholomew said.

Ecumenical talks have not been very productive so far, the patriarch said, because they mostly have been “monologues where each side presented its own positions and arguments.”

Future dialogue must “discern the teaching of the Lord and his apostles, as this was experienced and witnessed by the common patristic theology of the undivided church.”

Pope Francis also wrote in his message that he wished “to pursue fraternal relations between the Church of Rome and the Ecumenical Patriarchate” and build upon “the depth and the authenticity of our existing bonds.”

In his recent apostolic exhortation, “Evangelii Gaudium” (“The Joy of the Gospel”), the pope wrote about the important things that already unite many Christians.

“If we really believe in the abundantly free working of the Holy Spirit, we can learn so much from one another,” he wrote, for example, “in the dialogue with our Orthodox brothers and sisters, we Catholics have the opportunity to learn more about the meaning of episcopal collegiality and their experience of synodality.”

Pope Francis said the presence of Patriarch Bartholomew at the 2012 Synod of Bishops on new evangelization was “a true gift from God and a precious Christian witness.”