Christmas Is Not Nostalgia But Now 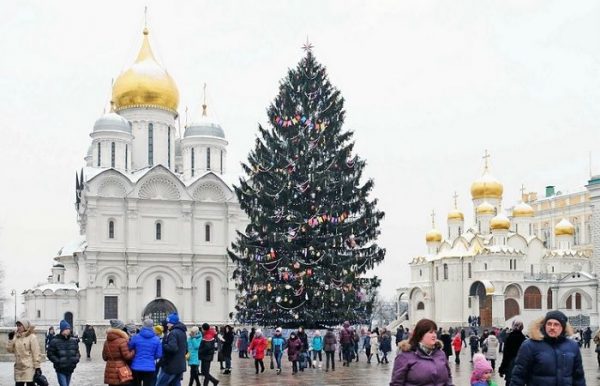 When I was a little boy I got one main Christmas present each year. We didn’t have much money in those days; it was the end of the Great Depression, and our family was just coming out of it during the War. I got a Flexible Flyer sled for Christmas when I was six; I still have that sled today. I wish I had the Irish Mail I received when I was five. We got coal in our stockings if we were bad, and oranges if we were good. Usually I got a mixture of both, with a candy cane thrown in for good measure. A lot of presents were homemade and the cookies were always the best of the year. I have my mother’s Springerle roller that I use annually to make those anise-flavored cookies.

I’ve often said that the 1983 movie The Christmas Story is the story of my childhood, except I never did get the Red Ryder air rifle “with the compass in the stock and the thing that tells time.” The movie is among our favorites. We watch it annually.

I remember those days with a degree of nostalgia. Most of you have nostalgia, too. Nostalgia is our memory of the past, but with a coating of idealism shellacked on. It can be a yearning for a past we imagine to have been better than it was.

I know that those were dark and scary days for my parents. Two of my brothers were in the War, one more would graduate high school and enlist. We eked out a hardscrabble existence. I mostly remember mud in the summer and snow in the winter. The snow was fun, but the mud was not. 1944 was a particularly harsh winter.

So often nostalgia surrounds us at holiday times, particularly at Christmas. Stores break out the Christmas music loops ridiculously early, in some wacky attempt to get people into “the spirit” but mainly, of course, to increase sales. By the time Christmas comes nobody wants to sing or hear that music again for another year.

It’s as if a gigantic wrapping was around Christmas. You want to find the meaning of the season, but it’s so covered in shiny paper and ribbons that it’s hard to tear all the wrappings off. That’s the problem of commercialization, but I wish merchants all the best, even if they do smother the season in nonsense.

More of a problem can be our nostalgia, which does not help us discern the meaning of the season, either, because nostalgia thrusts us into an imagined past when life was fun and carefree. We escape the current issues that plague us for a moment, but in so doing we miss the real significance the season could bear for us.

The significance of Christmas is this: God came among us to share in our joys and upbeat moments, but also to share in the depths and the sadness and the sorrow. When we say that God became human we are not crossing our fingers behind our backs. We are not putting on a brave smile and saying that God shows up in the good times, but not when we are down and out. He condescended to become as we are, warts and all, as the saying goes. Only so, as the church fathers said centuries ago, could he bring new life to us. By assuming everything that we are and do and think and feel God became fully present in the human condition and salvaged us for eternity. That’s what Christmas is about, not nostalgia or commerce. That’s the good news of the season.