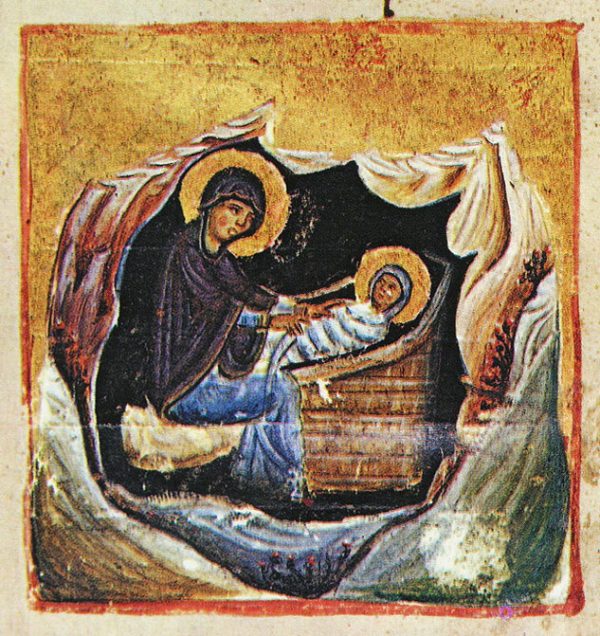 Every time we stand before the Lord either in prayer or in celebration in Church of an event from the life of Christ, or we are in any other way experiencing the presence of the Lord, two basic things happen, which are attested by the Church and the experience of the Saints: Firstly, we are feeling joy because we are experiencing the Lord’s abundant love towards man. He moves our heart into great gratitude, since we are experiencing- to the measure of our spiritual condition- God’s great gift for us.

Secondly, by being presented before the Lord we are also standing in a kind of critical judgment for our actions, which leads to our salvation, particularly if this takes place during the great feast days which commemorate events from the life of Christ. Indeed any event in His life prompts us into adopting a critical attitude towards ourselves which does not lead to damnation but to our deliverance.

Thus, we are commemorating our Lord’s incarnation in order to experience on the one hand His great love for us and on the other to feel great gratitude for all the wonderful things He has granted us. In addition, this benefits us in a practical way, because we are offered the opportunity to pass judgement on our life. As St Paul says: ‘The Lord will not judge us if we pass judgement on ourselves’. If we criticise our ways in this life, we will not be judged in the afterlife, because judgement has already been accomplished in this world.

In other words, now that our Lord’s feast is before us, we have the opportunity to critically compare our lives in terms of all the things that our Lord has accomplished for our deliverance, particularly since we know that He did not leave anything to chance but guided all things as the Master of history that He is. He is the One Who wished all events to take place in the way they did, even to the smallest detail. He was the One Who wished to be born in the specific year, at the specific place, as well as all the other elements which constitute the great event of His incarnation.

All the Saints used to critically compare the particular events happening in their lives with the life of Christ and passed judgement on themselves. We would like to believe that a Christian is the one who imitates the life of Christ as far as humanly possible. He then replenishes any deficiencies through repentance and humility. And this constitutes his inner spiritual work.

On such feast days, our Church constantly glorifies the Lord for His great condescension towards man through wonderful hymns, while digging into the deeper theological meaning of His incarnation. Holy elders as well as pious laity have particular experience of the deeper meaning of this event. When elder Efraim Katounakiotis returned from a trip to Jerusalem, we had expected him to be overwhelmed by the experience of Golgotha and of the Crucifixion. Yet, he was overwhelmed by the Cave of the Nativity in Bethlehem. He stood before this event saying: ‘I thought I was somebody when I was living in my ascetic hut at Katounakia, amongst my meagre possessions. But when I saw where Christ was born, I became truly crushed in spirit’.

Having been born in a cave, persecuted and despised by all men, Christ accomplished the greatest event in man’s history: His incarnation. God became man in total quietude, humility and obscurity. No one knew what was happening that night, except for some shepherds and the wise men from Persia.  This event took place in absolute poverty and humility. Therefore, every time we are bothered by various demands and desires, we should place ourselves in front of the Cave of the Nativity, stand before Word’s incarnation, and see how our actions compare with what the Lord’ did that night. In this way we are passing judgement on our actions. In the same manner we ought to critically examine our entire life. 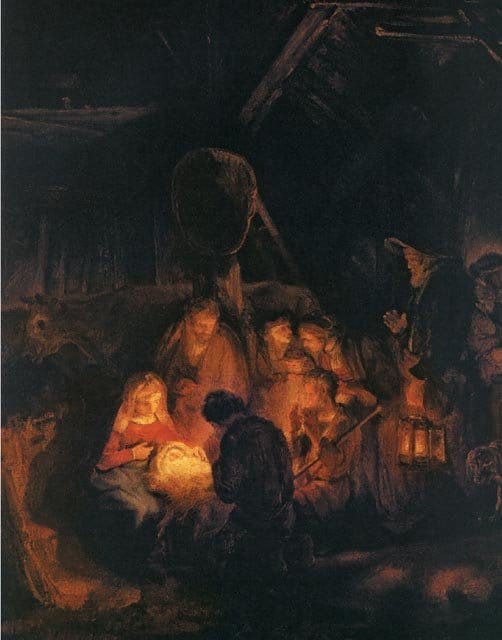 Ever since God became Man and the angels sang ‘peace on earth’, the Word of God is saying to us: ‘I did not come to bring peace, but to bring a sword’. Why did the Lord bring a sword while the angels were singing about peace? Christ was the Peace which came to the world and became man so that we would be able to love Him. He showed us that our relationship with the Lord is not a relationship with an ideology, because nobody can love an idea. One may be devoted to some philosophical ideology, but no one can love it, because it will not reciprocate one’s love.

In the life of the Church quite the opposite is happening. We have nothing to do with a philosophical ideology and the Word of God did not become any such idea. Word became flesh. The Word of God incarnated so that we could love Him. And as soon as we begin to love Him, we will be able to understand that He was the One Who loved us first in a manner which cannot be comprehended. The Apostle says that ‘we love Him, since He first loved us’. This is the kind of mystery which takes place in the Church. It is for this reason that Christ, as the peace of the world, became the subject of love and not of faith. One ought to transcend faith and hope in order to remain in love. As the Apostle says, ‘eventually hope and faith will be abandoned and only love will remain’, since love is an experiential fact, an existential event which makes man realize that he is truly united with God. This is the path walked by all those who loved Him unto the end.

Stephen, the first martyr, sealed his love for the Lord by imitating Him. It is written in the Acts, that when he was arrested because he was preaching about Christ, his face lit up like the face of an angel while standing trial. They condemned him to death by stoning as if he was a great sinner because this was what the Law of Moses stipulated. Yet, filled by the Holy Spirit, Stephen was praying not for himself but for the whole world, despite his awful predicament. Thus he imitated Christ, Who had been praying for those who crucified Him while dying on the Cross.

Therefore, ever since Christ came into the world and brought peace, millions of martyrs gave up their lives because of their faith in Him and because they truly loved Him and had tasted His love. The love of Christ spoke into their hearts.

When we are celebrating the feast days for the Saints and the martyrs, we are not just commemorating certain events of their lives. We are commemorating the days when they passed judgement on themselves. They had critically looked at themselves in line with the life of the Lord. They did not take such days lightly. The saints delved deeply into the true meaning of their lives, critically examining and passing judgement on their own actions. On the one hand, they thought about Christ in His manger, His humility and obscurity, His silence and poverty, His rejection and wretchedness and on the other, they compared their own actions and examined them critically.

The Lord revealed, through the lives of the Apostles and of all the Saints, that it is not possible for the Holy Spirit to reside in us without us bearing Its fruit. He expressly stressed that the fruits of the Holy Spirit are ‘love, joy, peace, patience, kindness, goodness, faithfulness, meekness, self-control’.  Therefore, we ought to look for such fruit inside ourselves, which indicates the presence of the Holy Spirit. Then we may assess where we stand spiritually.  Such critical assessment is necessary and lifesaving. If we embark on this exercise during this festive season, then it will be truly lifesaving for us because it will give rise to the spiritual struggle of repentance and humility and will change our ways.

A homily by the Metropolitan Athanasios of Limassol
Source: PARAKLISIS MAGAZINE, No. 75, Nov. 2013
Holy Metropolis of Limassol

The Sanctification of the Human Body

The human person is the temple of the Living God. This is an Apostolic teaching of our Church,…

The Silence of God

A conversation on Psalm 119

Curing the Illness of Pharisaism

All these things that take place—everything that we do—our pilgrimages, our candles, our night-vigils, our prayers, our fasts,…

Most viewed articles
Five Signs of a Modern Pharisee208
ROC Holy Synod Discusses the Announcement of the Patriarchate of Alexandria Concerning the Establishment of the ROC Patriarchal Exarchate of Africa155
Bad Habits And Their Cure109
Medical Workers Walk 1.5 Km Through Snowdrifts and Save the Life of a 100-Year-Old Woman106
Grains of Wisdom and Piety Book Published87
Trial of Politician Defending Traditional Marriage Begins in Finland85
150th anniversary of the establishment of the North American diocesan see in San Francisco51
Time for a Course Adjustment?34
Church from time of St. Stephen the Great becomes monastery17
Most popular authors
Pravmir.com team484
Archimandrite Markell (Pavuk)208
Saint Nicodemus the Hagiorite109
Fr. Stephen Powley34
Ștefana Totorcea17