The Holy Trinity Church is called the "crown" in the restoration of destroyed shrines.
Pravmir.com team | 12 August 2022 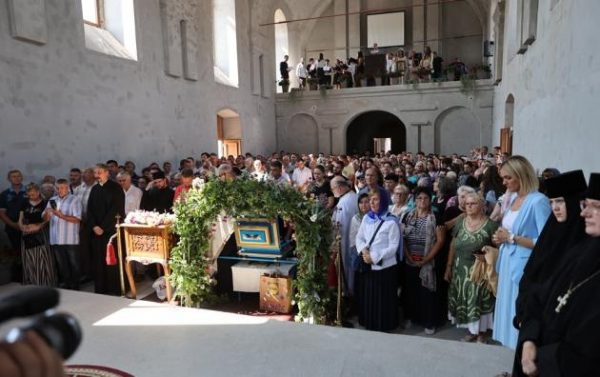 In the Srem diocese of the Serbian Orthodox Church, thousands of believers prayerfully celebrated the opening of the last of the churches destroyed during World War II – the Church of the Holy Trinity in the village of Kupinovo. Residents of the region call it the “crown” in the restoration of holy shrines, reports eparhija-sremska.rs. 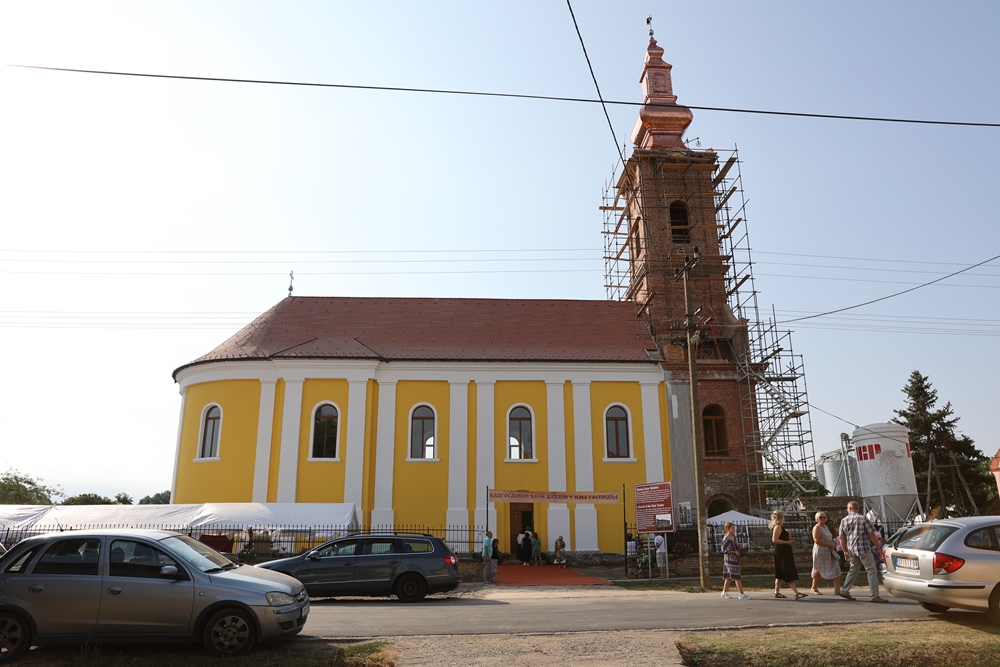 The Holy Trinity Church was built in 1803-1814 through the efforts of priests and local residents of Kupinovo. During World War II, in July 1944, the church was mined and blown up by the Ustaše (Croatian fascists). The villagers began to restore the temple in 2016, for which the local authorities allocated 3.5 million dinars (over $30,000).

On August 7, 2022, the commemoration day of the Venerable Angelina of Serbia (Branković), a people’s council was held in Kupinovo to mark the completion of the work. Thousands of Orthodox Serbs arrived to celebrate the significant event, a solemn religious procession passed through the village, in which the participants of the procession carried the ark with a particle of the relics of the Holy Mother Angelina, who is especially venerated in Serbia. In Srem, the revival of destroyed churches is associated with her name. 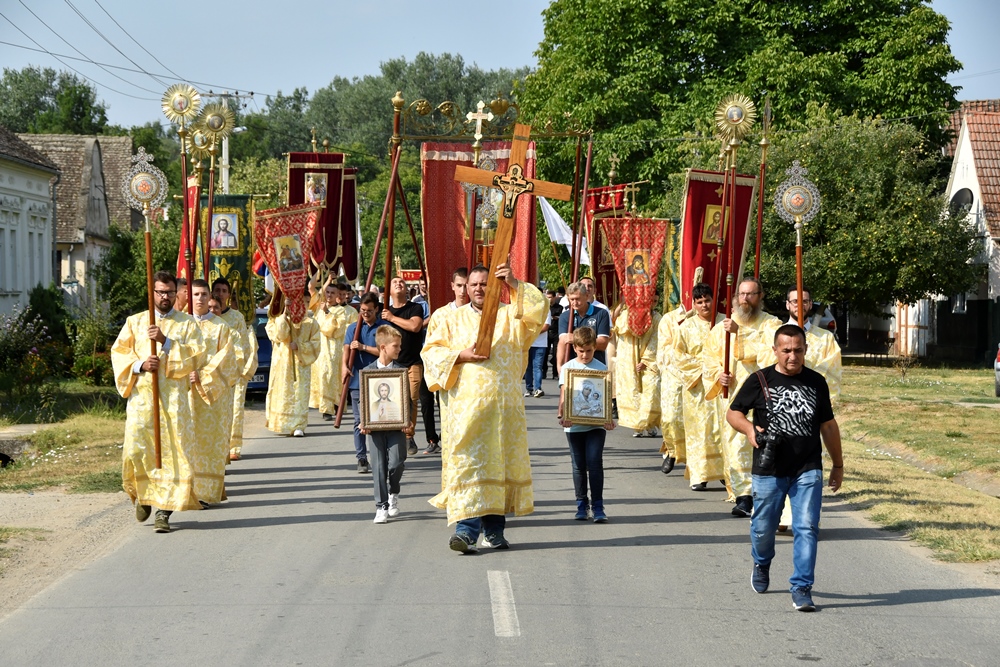 “The voice of those praying, led by the prayerful patroness of the Serbian people, Holy Mother Angelina, was heard, and Kupinovo was lit up with the light of spiritual grace that shone from the restored Church of the Holy Trinity,” the message says.

In the renovated church, for the first time after an 80-year break, a hierarchical liturgy was celebrated, led by Bishop Vasily of Srem. In his sermon, Vladyka Vasily did not hide his joy at the “huge number of pious people who gathered from all over the country and took part in the people’s council.” The restoration of the church, according to him, returns Kupinovo to its rightful place in the Serbian Church and in the history of the people of Srem.

The builders and restorers who participated in the restoration work, as well as benefactors and everyone who helped the shrine shine in all its glory, were presented with church awards.