Church from time of St. Stephen the Great becomes monastery

Source: Basilica.ro
500 years after it was consecrated, a stone church near Suceava was turned into a monastery.
Ștefana Totorcea | 29 January 2022 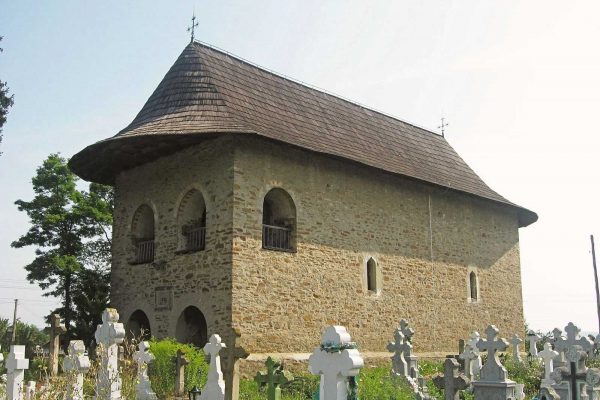 Meeting on Wednesday, the Suceava Diocesan Council approved the establishment of the Sunday of All Saints Monastery in the village of Părhăuți in Suceava County. The community will be built around a church built and consecrated during the reign of St. Stephen the Great, as well as the Monastery of St. John the New in Suceava, reports the Basilica News Agency.

“We’re confident that the presence of a well-knit monastic community will lead to work on conservating and restoring the cultural heritage and, especially, will be a landmark in the cultural and spiritual formation of locals and pilgrims,” ​​said diocesan representatives.

The Sunday of All Saints Church was founded in 1522 by the great Logothete Gavriil Trotușan in Părhăuți, about 10 miles northwest of Suceava. It was included in the list of Suceava County historical monuments in 2015, and still boasts its original iconography from around 1530.

In the narthex is a tomb believed to belong to Trotușan’s father, Anjinco Vameșul, who is believed to have fought alongside St. Stephen the Great at Războieni in 1476.

In August, another church, this one built by order of St. Stephen the Great himself, was given hermitage status, also under the auspices of St. John the New Monastery in Suceava. The actions are part of an eparchial strategy to open additional monasteries.