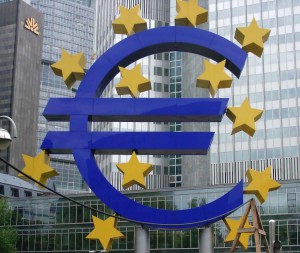 The head of the powerful Orthodox Church in Cyprus said in an interview published on Saturday that he favoured the debt-ridden island nation leaving the euro.

“It’s not easy, but we should devote to this as much time as was spent on entering the eurozone,” Archbishop Chrysostomos II said in an interview with the Greek daily Realnews.

“The euro cannot last,” said Chrysostomos, who this week offered to help bail the country out of its financial crisis by putting the church’s considerable assets at the government’s disposal.

“I’m not saying that it will crumble tomorrow, but with the brains that they have in Brussels, it is certain that it will not last in the long term, and the best is to think about how to escape it,” he said.

The Orthodox church is the largest landowner on the island and also has stakes in a wide range of businesses, including in the country’s Hellenic Bank, with total assets estimated to run into tens of millions of euros.

His views were published as Cypriot leaders held crunch talks on Saturday with the EU and IMF, focusing on measures the parliament has adopted in a last-ditch bid to save the eurozone member from looming bankruptcy.

The authorities on the Mediterranean island are scrambling to raise 5.8 billion euros ($7.5 billion) this weekend in order to unlock a 10-billion-euro bailout from a troika of lenders.

Sources in the European Union have said that if no deal is reached the bloc is ready to eject Cyprus from the eurozone to prevent contagion of other debt-hit members such as Greece, Spain and Italy.

Cyprus’ fate should be sealed by Monday, the deadline the European Central Bank set for Nicosia to secure a bailout deal with creditors or it will pull the plug on emergency funding.

The official CNA news agency said a meeting was under way between Finance Minister Michalis Sarris and a delegation from the troika made up of the EU, ECB and International Monetary Fund.

It cited a source as saying the meeting would focus on the parliament’s approval late Friday of at least three rescue measures hammered out by the government.

Other media reported the discussions would also deal with a contentious levy on bank deposits, with state television saying it could amount to a one-time charge of up to 25 percent on savings of over 100,000 euros held at the Bank of Cyprus, the island’s largest lender.

Friday night’s emergency session of parliament came as restive crowds, mostly bank employees anxious that their employers — and therefore their jobs — not be sacrificed in the deal, demonstrated outside.

Some 30 hooded youths burned a European Union flag next to the parliament building in front of police barricades.

“The haircut is robbery,” they chanted, referring to the most onerous measure yet to be presented before parliament — the tax on bank deposits that is still on the table. 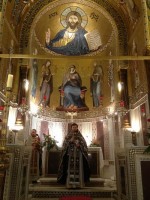