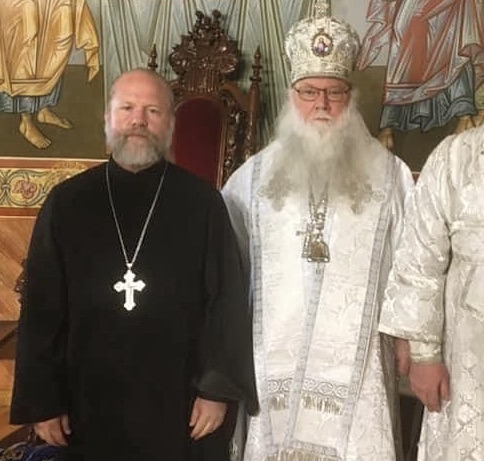 Archbishop Peter will lead memorial services for “archpastors, pastors, architects, and workers of the Russian diaspora, the elect sons and daughters of the Church of Russia, who faithfully toiled for the sake of Her unity, benefit, and glory in the arenas of piety, education, administration, the protection of the oppressed, and for the memory of the New Martyrs and Confessors.”

He will be accompanied by Archpriest Gregory Joyce, Secretary of the Chicago Diocese and Dean of the Pastoral School.

Archbishop Peter, who knew Saint John of Shanghai and San Francisco closely during the final years of his life, will share his memories of this ROCOR bishop who became a universally venerated saint. Archbishop Peter is an alumnus of Belgrade University Faculty of Theology and Holy Trinity Orthodox Seminary, where he taught for many years. The conference will be enriched by Vladyka Peter and Fr. Gregory’s presence, and through Vladyka Peter, a member of the ROCOR Council of Bishops and Synod, a connection will be established between this academic event and the hierarchy of the Russian Orthodox Church Outside of Russia.

Sister Vassa (Larin), “I also Experienced, Together With My Church, the Very Unique Changes We Underwent”

Deacon Andrei Psarev: What does it mean for you as a nun and scholar to communicate with a…