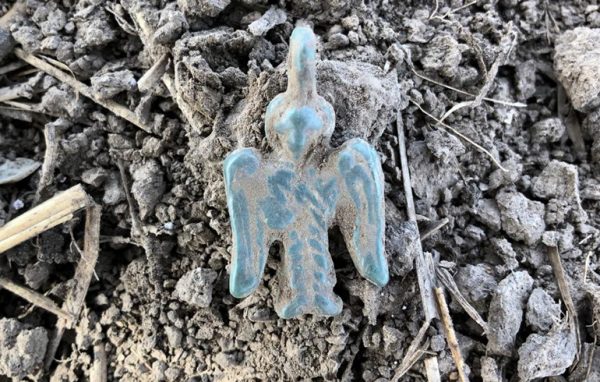 Pendant in the form of an archangel figure. Photo: press service of the Institute of Archeology of the Russian Academy of Sciences

Interesting Christian artifacts were discovered by specialists from the Institute of Archeology of the Russian Academy of Sciences (IA RAS) during the 20th season of field work in Suzdal Opolye, reports Foma.ru. Among the finds are a 12th-century bishop’s seal and rare metal-plastic.

In the 20th season, Russian archaeologists focused on searching medieval settlements in the immediate vicinity of Suzdal, within a radius of 10 km from the city. In the first month of their search, they discovered Christian artifacts, reports the press service of the IA RAS.

Thus, one of the most striking finds was a lead pendant seal with the inscription “Ilya, Bishop of Novgorod” and the image of the icon of the Mother of God “Of The Sign” on the reverse side. 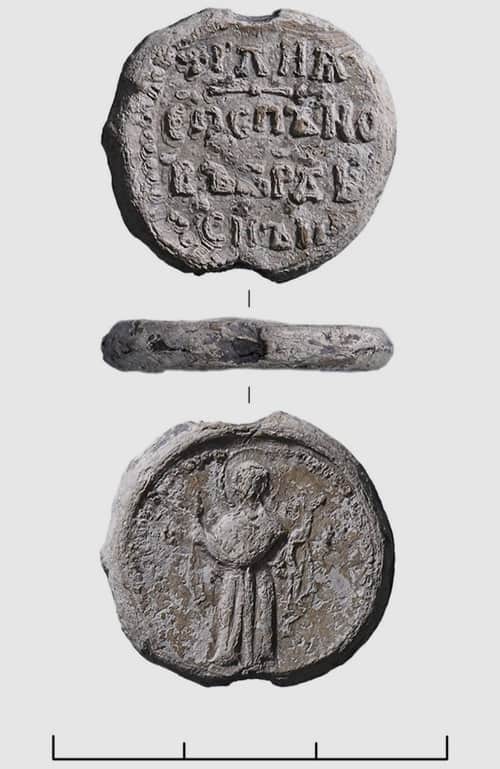 Seal of Bishop Ilya of Novgorod. Photo: press service of the IA RAS

The IA RAS noted that the seal was found and handed over to the expedition staff. It fastened a document issued from the office of the Novgorod bishop Ilya (John) in 1163-1164.

“Perhaps this document was related to the conflict that occurred in the Rostov episcopal see between Bishop Leon (Leonty II) and Prince Andrei Bogolyubsky, who wanted to appoint his candidate as the bishop and create a new diocese of Vladimir from the Rostov diocese. The conflict ended with Leon’s return to the Rostov cathedra in 1165, and the Vladimir and Suzdal dioceses were created only 100 years later,” the message says. 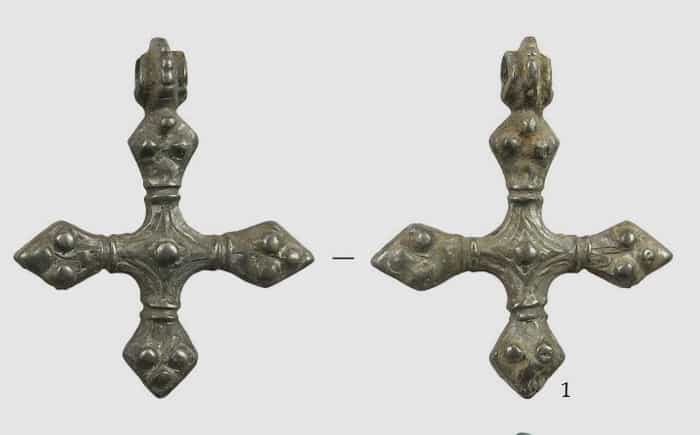 In addition, the field works of 2020-2021 were supplemented with rare objects and the Suzdal collection of Christian metal-plastic. 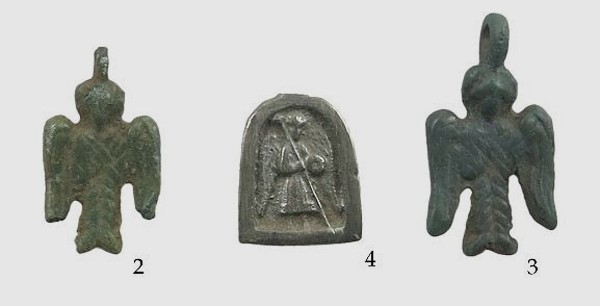 Pendants in the form of archangel figures, an icon with a semicircular end. Photo: press service of the IA RAS

“Prototypes of pendants in the form of figures of Archangels and a round icon depicting Our Lady of Oranta exist in the Byzantine artistic tradition, but the images themselves were made in Russia and existed both in the South and in the North-East,” the IA RAS reported.

In this regard, the Institute for Archeology of the Russian Academy of Sciences noted that new finds on the Suzdal settlements support the earlier observations about the widespread existence of metal images with various iconographic types of images in the center of the Suzdal land. 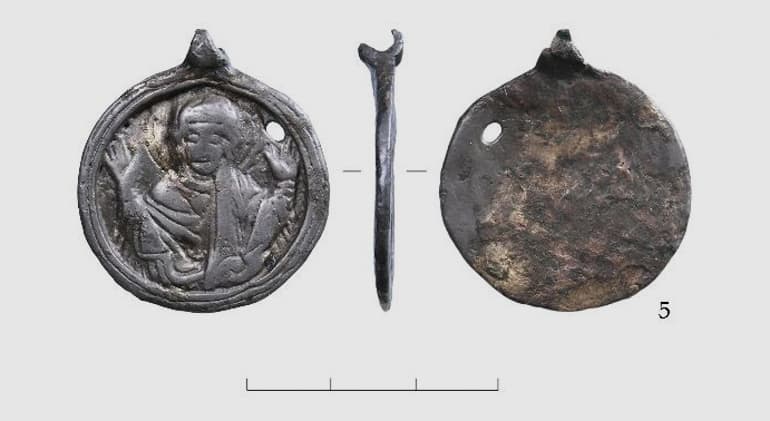 Round icon depicting Our Lady of Oranta in folded clothes. Photo: press service of the IA RAS

The found artifacts make it possible to draw up a more accurate general picture of the distribution of various types of metal images of the 12th – 14th centuries in Russia and in adjacent territories.