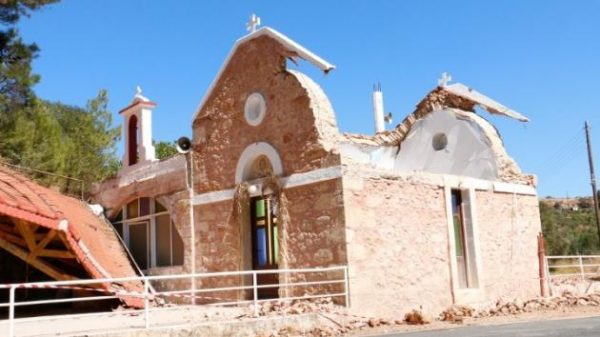 Greek authorities set up tents for the homeless residents of the village of Arkalohori in southern Crete on Monday evening, after an earthquake registering 5.8 on the Richter scale killed one person and injured 20.

The majority of the old buildings in Arkalohori sustained heavy damage and were deemed unsafe. Tents were also set up at villages along the municipality of Minoas Pediadas, where hundreds of homes have been damaged.

The Athens Geodynamic Institute said the 5.8 magnitude quake struck at 9:17 a.m, with an epicenter 246 kilometers south southeast of the Greek capital, Athens.

Greece’s Climate Crisis and Civil Protection Ministry said one man had been killed. He was a 65-year-old worker who had fallen from the roof of the church of the prophet Elijah, which partially collapsed due to the earthquake. The son of the deceased, who was nearby in the chapel, remained intact. 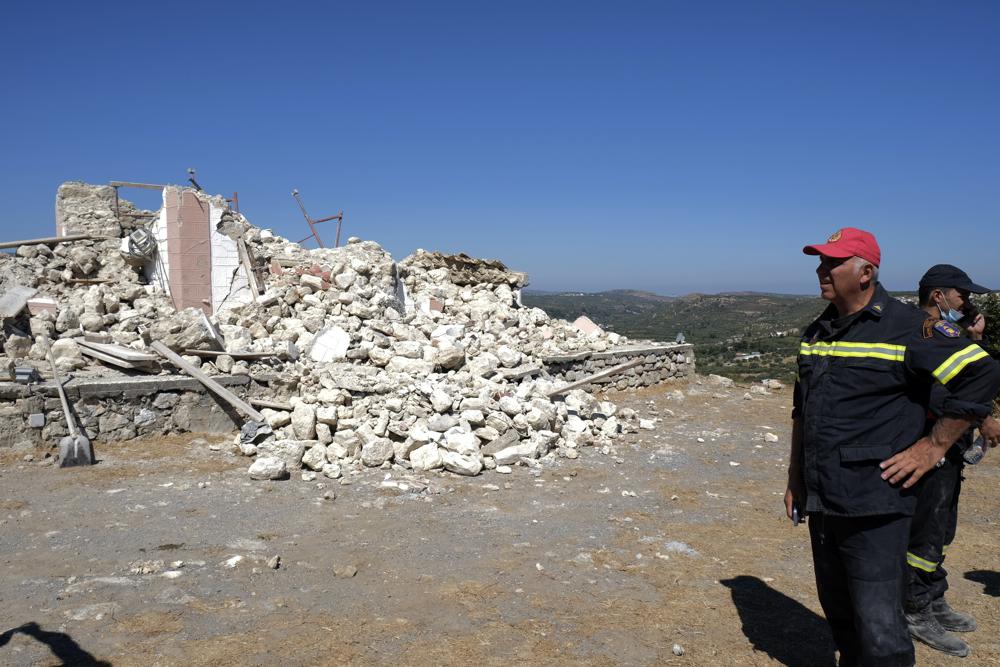 Firefighters stand next to a demolished Greek Orthodox church of Prophet Elijah after a strong earthquake in Arkalochori village. Photo: AP Photo/Harry Nikos.

Huge stones fell on the road near the car that drove past the temple at the time of the tremors.

“A miracle has happened, and we must light a candle to the Virgin Mary,” the driver Yannis Maragakis told reporters. “At the turn, the car shook, I thought that I had a flat tire, slowed down and drove to the right to stop. And then I saw a spinning stone, a cloud of dust, and then I saw nothing but falling stones. The only way we suffered was that our companion was injured, fortunately it was not serious – out of panic she got out of the car, and she was hit with a stone on the head.”

During the earthquake, the Church of St. Photinia in Roussochoria, closer to the center of the island, received significant damage.