Crisis As an Opportunity 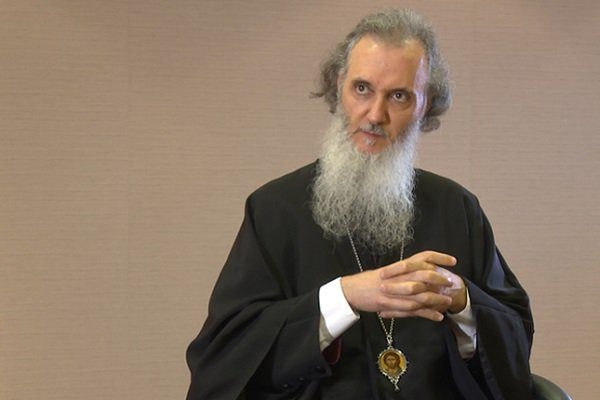 Crisis! Crisis of many natures—political, social, family, youth, environmental, economic! Crisis of institutions and values. Wars, refugees, famine, poverty, unemployment, terrorism, and the ongoing ecological destruction of our planet: This is the image of humanity in a global scale. How will we exit this deep crisis that torments our era?

At the dawn of the New Year, Christ calls us to pay attention to one word—one word that carries the weight of eternity: Repent! This word was first heard in the desert of the Jordan and in Galilee of the Nations. It was first spoken by the Forerunner John and by the God-man Jesus. Over the centuries, it was passed on countless times within the Church from generation to generation. And thus it reached us.

Sisters and Brothers, what is most necessary in order to overcome the personal and societal crisis of our day is for us to proclaim and take to heart the message of repentance.

With repentance, fallen humanity gains not just the paradise that had been lost, but heaven as well.

At this point, let us hear from the greatest ecclesiastical orator of all time, St. John Chrysostom, who explains of the meaning of “repent, for the Kingdom of Heaven is at hand!” with the following astonishing teaching:

“God does not promise to put us in paradise, but to take us up into heaven; He did not preach the ‘kingdom of paradise’ but the ‘kingdom of heaven.’ Repent not because the kingdom of paradise has arrived, but because of the heavenly kingdom’s arrival. You lost paradise; but God, showing His philanthropy, gave you heaven. Though you lost paradise, God opened heaven for you. You were condemned to temporary suffering, but were then honored with eternal life. He commanded the earth to grow thorns and thistles, but enabled your heart to grow the fruit of the Holy Spirit. Do you see how the benefit is greater than the loss? The gain far outweighs the suffering!”

“But what am I saying,” St. John Chrysostom asks, and then replies, “God created man out of dust and water, and placed him in Paradise. [And after his Fall] God did not recreate man of earth and water, but of Water and the Spirit. And God did not again promise him paradise, but instead the Heavenly Kingdom.” (John Chrysostom, Homily 8 ‘On Genesis, PG 54, 614)

If we do not understand the meaning of repentance, it is impossible to understand the essence of the Gospel. Repentance is the first thing needed, as beginning and as door to the road of salvation. Without repentance there is no salvation. This is because repentance means to change one’s way of thinking. It is to realize that you are not moving in the right direction and, subsequently, to change course. It is to abandon your sinful habits and establish a new order and governing principle in your life. To repent is to make a courageous decision and to seek liberation from the vices and passions that enslave you and humiliate your personality. It is to hate your sinful self and to love God. It is to cease trusting your own mind with absolute confidence and, instead, to open your eyes to the light of faith. It is to weep and mourn for your sins and to ask for God’s mercy. Repentance is all this, like preparing for Christ to come and dwell within us.

God, by the prophet Isaiah, instructs us even today: Wash yourselves; make yourselves clean; remove the evil of your doings from before my eyes; cease your wicked ways. Learn to do good, Seek justice, rescue the oppressed, defend the orphan, plead for the widow. And with this repentance and your good decisions come and let us to discuss together, said the LORD. (cf. Is 1:16-18)

Now at the beginning of the New Year, let us have “repent!” as a foundation and governing principle in our life, so that the grace of Jesus Christ comes to us for our salvation. Only in this way will all the social problems that afflict our country and the global community be solved.

May the New Year, 2017, be blessed, peaceful, and marked by fewer personal and social problems, to the glory of the Holy Trinity. 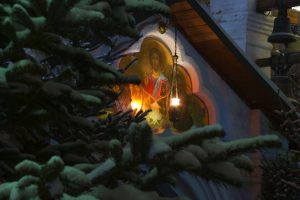 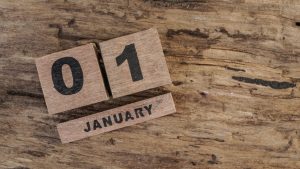 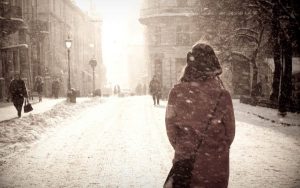