My family and I recently had an opportunity to spend a few days in Bangkok. One of the perks of being a professor is that occasionally you get to go on sabbatical, so the Buchanans headed for the farthest place from work: Australia. But Bangkok was a stop along the way, so we decided to venture out beyond the airport and go exploring. Finding a hotel in the center of Bangkok’s Chinatown district gave us a rapid immersion in Asian culture, something for which none of us were prepared.
Thomas S. Buchanan | 18 June 2011

I am coming soon; hold fast what you have, so that no one may seize your crown. He who conquers, I will make him a pillar in the temple of my God; never shall he go out of it, and I will write on him the name of my God, and the name of the city of my God, the new Jerusalem which comes down from my God out of heaven, and my own new name. He who has an ear, let him hear what the Spirit says to the churches.
—Revelation 3:11–13

My family and I recently had an opportunity to spend a few days in Bangkok. One of the perks of being a professor is that occasionally you get to go on sabbatical, so the Buchanans headed for the farthest place from work: Australia. But Bangkok was a stop along the way, so we decided to venture out beyond the airport and go exploring. Finding a hotel in the center of Bangkok’s Chinatown district gave us a rapid immersion in Asian culture, something for which none of us were prepared.

This was my first time in a city in southeast Asia, and the sights, smells, and crowds were overwhelming. With me being roughly a foot taller than most people and having blond-haired, blue-eyed children, we stood out in the crowd; and the smells of the cooking foods (“was that a raccoon on that barbeque, Daddy?”), the narrowness of the walkways, the busyness of the traffic, and the pushing of the crowds was more than we could handle.

I do enough foreign travel to have one of those cards that lets me board the plane first with the “preferred flyers,” but I found Bangkok to be altogether too foreign, and for the first time in my life, I felt culture shock. There was something paralyzing about being immersed in a civilization so completely different, to feel so much like I didn’t belong. The combination of inexplicable insecurity, anxiety, and vulnerability was unexpected. It was evident in the whole family. 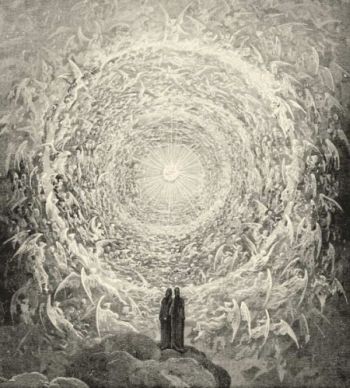 As different as Bangkok was, I am sure the kingdom of heaven will be even more radically different. And I wonder if many of us will undergo culture shock when we try to settle there. The City of God, the New Jerusalem described by John the Theologian in the Book of Revelation, sounds rather foreign:

And the four beasts had each of them six wings about him; and they were full of eyes within: and they rest not day and night, saying, Holy, holy, holy, Lord God Almighty, which was, and is, and is to come. (Rev. 4:8)

The constant singing, the twenty-four-hour-a-day worship, and the many-eyed and many-winged angels make for a culture very different from that of my small town in Pennsylvania; even different from stranger places like New York or Los Angeles.

If we have the kingdom of God within us, if we are used to worshiping with the angels, then we cannot feel out of place when we take our great sabbatical leave to the heavenly kingdom.

The Sin of Self-Esteem

Most viewed articles
Into the Heart of the Capitol217
Admitting That We Hate151
Number of Christians Murdered for Faith Rose 60 Percent in 2020: 50 Most Dangerous Countries to Be a Christian148
Funeral for Metropolitan Philaret Held in Minsk100
Building a Fire and Preparing for Theophany76
Homily on the Circumcision of Our Lord Jesus Christ40
Churches to Reopen in Greece on January 1838
God Is With Us… And Nothing Else Matters13
I Have Fought the Good Fight, I Have Completed the Race7
Most popular authors
Archpriest Stephen Freeman217
Archpriest Michael Gillis151
Charlene Aaron148
Pravmir.com team137
Fr Gregory Scratch76
Protopresbyter George D. Konstantopoulos40
Fr. Gabriel Bilas13
Metropolitan Hilarion (Alfeyev)7
Maria Trushanina1