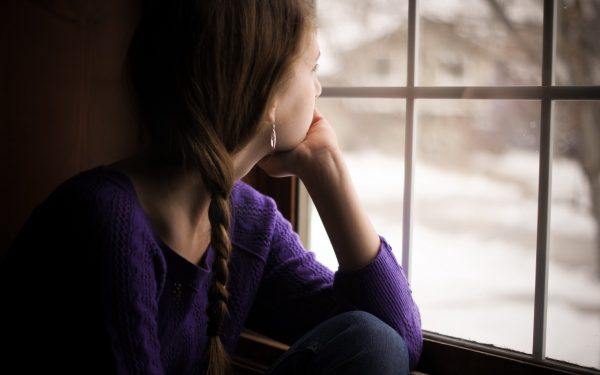 Doubt gets a bad rap in the New Testament.  James says that one who doubts is a double-minded person who is unstable in everything he or she does, and the writer of Hebrews warns,  “Beware, brethren, lest there be in any of you an evil heart of unbelief in departing from the living God.”

I’d like to suggest, however, that there are different kinds of doubt.  Or to put it more clearly, a lot of different sorts of inner experiences may be labeled as doubt or unbelief.

One experience that can be called doubt is what James and the writer of Hebrews talk about.  This is a questioning in one’s mind that causes one to draw back from God, to draw back from the Church.  This doubt manifests itself as a kind of excuse to indulge ones desires.

For example, if I had been raised in a home that does not drink alcohol, I might go through a period when, wanting to do what others are doing or driven by curiosity or even rebellion, I use my doubt of the logic of my parent’s prohibition as an excuse to indulge my desire.  I have not really done the mental and spiritual work of thinking though what is indeed appropriate and why I so much want to have a beer (or several) with my friends.  I just use the fact that I have some doubts regarding my parent’s prohibition as an excuse to do what I wanted to do anyway.  This, in my opinion, is similar to the “departing” or more literally, drawing back, referred to in Hebrews and the double mindedness spoken of by James.

This is the kind of doubt experienced by Eve in the Garden of Eden.  The fact that the Serpent and injected an element of doubt into Eve’s mind (“Did God really say…”) was not for Eve a sin.  What Eve does with that thought will make all of the difference.  In the end, Eve uses the doubt as an excuse to indulge in what appealed to her senses: “the woman saw…the tree was good for food…pleasant to the eyes and to be desired to make one wise….”

But not all doubt goes this direction.  Thomas doubted the resurrection.  And not Thomas only, for the end of Matthew says that some doubted.  But what did Thomas do with his doubt?  Did he “draw back” from the other disciples?  No, he stayed with them even though they believed in the risen Christ and he just couldn’t.  Did he use his doubt to escape from the frightening situation of hiding in an “upper room” (an attic, perhaps?) for fear of the Jews?  No, he did not forsake the relationships that he had forged even though he could not believe.  Thomas stayed where he was.  He stayed with his doubt until the doubt was cleared up.

And when Thomas’ doubt is cleared up, Thomas becomes the first human being in the Bible to call Jesus God.  In seeing the resurrection, he sees Christ’s divinity in a way that perhaps the other disciples had not yet seen it.  Fighting through doubt, hanging in there in spite of doubt, Thomas eventually not only sees but touches.  It reminds me of Job’s great trial, which, after Job is sorely tested yet refuses to curse God, Job sees with his eyes the God whom he had only heard of with his ears.

Someone once said that the secret to dealing successfully with doubt is to stay the course.  It is like walking across a room when suddenly the lights go out.  As long as you keep walking according to what you last saw before the lights went out, you will be safe.  However, if in the darkness you begin to change course, there is a good chance you will bang your shins on the coffee table.

This does not mean that there is never a time to change course.  Doubt is also often the beginning of the rejection of something false.  To return to the example of doubting a prohibition against drinking any alcohol, doubt may be the beginning of a deeper understanding.  Doubt can often lead to a nuanced understanding.  Doubt can cause us to ask hard questions and work out hard answers; it makes us look seriously at ourselves and seek out the wisdom of others.  The trick is to stay the course, remain engaged, and not allow doubt to become merely an excuse to do what you want.

I ran across a quote today from St. Cyril of Alexandria that really grabbed my attention.  I read…

Speaking of Silence and Boasting of Humility

“For even profitable words, spoken without measure, produce darkness, how much more so does vain talk.” (St. Isaac…

Most viewed articles
Pătrăuţi Monastery Reopens after more than 200 years190
Can Shame Ever Be Healthy?138
Receiving Christ and satan132
“He Loves Me…He Loves Me Not”110
Patriarch Kirill Sends His Condolences to Queen Elizabeth II over the Death of Her Husband81
Woman Expecting MoMo Twins Healed from COVID in Samara. Her Daughters Were Born Healthy70
Patriarch of Jerusalem: The Annunciation of the Theotokos Announces the infinite love of God57
Victims of 1941 Nazi Bombing Commemorated in Belgrade44
Sunday of the Samaritan Woman3
Don’t Miss The Ladder1
Most popular authors
Aurelian Iftimiu190
Pravmir.com team182
Archpriest Stephen Freeman138
Archpriest Michael Gillis132
Fr. Gabriel Bilas110
Irina Sycheva70
Archpriest Geoffrey Korz1