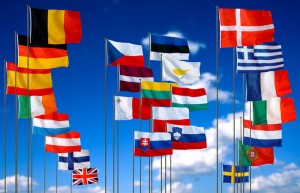 On March 14, 2013, Hegumen Philaret (Bulekov), a vice-chairman of the Moscow Patriarchate’s department for external church relations, met with EU countries’ deputy ambassadors in Russia, at the residence of the head of the EU delegation to Russia.

It was a monthly conference of the second persons in the EU diplomatic missions, to which prominent political, public and cultural figures are traditionally invited.

The meeting was chaired by Mr. Michael Webb, deputy head of the EU delegation to Russia. During the talk, which was held in a friendly atmosphere, Father Philaret familiarized the European diplomats with the reforms carried out in the administrative-territorial governance of the Russian Orthodox Church, the Church’s social service, the teaching of basic religious cultures and secular ethics in Russian public schools, the participation of the Moscow Patriarchate in interreligious and inter-confessional dialogue and the situation of Christians in the Middle East and North Africa.

Participating in the meeting was also M. Palacio of the DECR secretariat for the far-abroad countries. 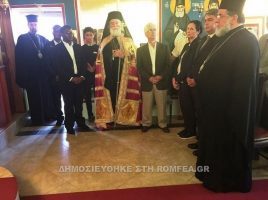 His Beatitude Theodore II, Pope and Patriarch of Alexandria and All Africa arrived to South Africa…

Most viewed articles
Patriarch Daniel explains why the Hesychasts were the most sought-after spiritual fathers and what is a prayerful reason141
The Trap of Religiosity120
Bishop Nicholas of Manhattan visits Holy Cross Monastery in West Virginia87
Why Everything Is Important (but not the stuff you might imagine)81
Condolences of Patriarch Kirill over the death of believers in the fire that broke out in Abu-Seifein Church in Cairo51
25 Years of Help: the Ship-Church Goes On its 25th Voyage to Distant Villages51
St. Tikhon Church to host Liturgical Music Symposium in October 202245
Ukrainian Church Celebrates Metropolitan Onuphry’s 8th Anniversary of His Enthronement25
The Transfiguration – Glory and Sacrifice23
Most popular authors
Pravmir.com team259
Aurelian Iftimiu141
Vasileios Stoyiannos120
Archpriest Stephen Freeman81
Priest Luke A. Veronis23