The Russian Orthodox Church has been gravely concerned about what Ukrainian believers have been reporting in the past few days, namely the attempted taking by force of churches and monasteries by schismatics. On February 26th, the Russian Orthodox Church’s Supreme Church Council adopted a statement due to a threat of the use of violence against the canonical Church of Ukraine. 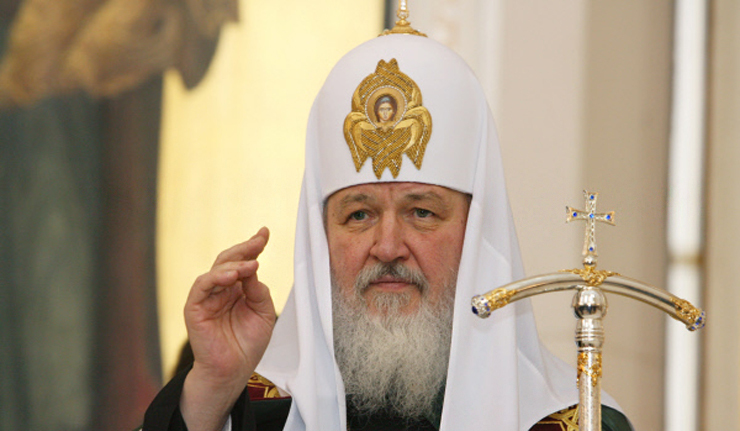 “We appeal to all Orthodox Christians of Ukraine, whatever their political preferences, to prevent the infringement on sanctuaries. As we are praying for an end to the strife amid the fraternal people of Ukraine, we urge everyone to understand that the path to civil peace in Ukraine rules out any religious standoff, or introduction of discord in churches or monasteries”, the statement points out. All Russians are gravely concerned about the future of Ukraine’s canonical Orthodoxy, as well as about the future of believers in Ukraine, Patriarch Kirill said.

“We are currently feeling deeply for the events under way in the fraternal Ukraine as if this were going on in our own country, or the families of each one of us; because we do not only share the bonds of spiritual kinship, but we also share the ties of blood, common history, common suffering and common joys. The biggest threat is, perhaps, the fact that innocent blood is being shed, that the value of human life becomes negligible”.

Religious activists are currently guarding every single church in Ukraine round the clock for fear that the schismatics under the self-proclaimed head of the Kiev Patriarchate, Filaret Denisenko, may take these by force. Disturbing messages have been arriving from the Kiev Pechersk Lavra (of the Kiev Cave Monastery) and from the Pochaev Lavolta of the Dormition, as well as from the Sumy and other bishoprics, the deputy Head of the Moscow Patriarchate Department of External Church Relations, Archpriest Nikolai Balashov, said in an interview with the Voice of Russia, and elaborated.

“The reasoning behind taking these churches by force is that the monks of the Moscow Patriarchate will allegedly take all the Holy relics and values away to Russia. Such claims are absolutely unfounded, but the believers remain on duty round the clock to defend their shrines”.

Ukraine already followed a similar scenario in the early 1990s. Three Orthodox Churches sprang into existence in those days in the wake of the religious dissent, supported by the then political leaders of the former Soviet republic. One of these is the Ukrainian Orthodox Church of the Moscow Patriarchate, which was recognized by Ecumenical Orthodoxy. The Heads of the two other Churches, – that of the Kiev Patriarchate and of the Ukrainian Autocephalous Orthodox Church, had long been pressing for canonical recognition, including by Constantinople, but failed to get it. Then they decided to use force to ensure such recognition, they began seizing churches, monasteries and other shrines from the believers of the Ukrainian Orthodox Church of the Moscow Patriarchate. They specifically seized the oldest Kiev-based church, – St. Michael’s Golden Domed Monastery. Although the canonical church anathematized Filaret Denisenko and defrocked him, this failed to stop his supporters, but, conversely, served to add fuel to the flame. Of course, the dissent-related passions have been calmed down somewhat in Ukraine since Patriarch Kirill became the Primate of the Russian Orthodox Church five years ago. His 10-days travels to Ukraine in his first years as the Russian Patriarch, and also his annual visits to Kiev on Russia’s Baptism Day reinforced the positions of Ukrainian canonical Orthodoxy. Those in favour of the dissent clearly hated the trend, so they saw active involvement in politics as a good chance to destabilize spiritual life in Ukraine.

To regain its clout, the Ukrainian Orthodox Church of the Moscow Patriarchate has made a number of moves. Due to the illness of the Head of the Ukrainian Orthodox Church (Moscow Patriarchate) Vladimir Sabodan, the Holy Synod has elected the locum tenens, Metropolitan Onufry of Chernovtsy and Bukovina, by secret ballot. The assembly of hierarchs has also set up a commission on a dialogue with the dissenting structures, although the Church is sceptical about the commission’s successful performance. Here’s more from Nikolai Balashov.

“The Ukrainian Church Synod set up a working party to make preparations for dialogue with the Kiev Patriarchate’s officials back in 2009. Forming part of the working team were the members of the commission that was set up just days ago. In 2009, the efforts by the group failed to prove successful, although back then major political pressure was also brought to bear on Ukrainian Orthodoxy”.

Prayers for stability in Ukraine’s spiritual life are uttered in many churches in Russia these days. On February 23rd, Patriarch Kirill of Moscow and All Russia knelt to pray in the Church of St. Michael the Archangel in Moscow’s Troparyovo district for peace in Ukraine and for the entire suffering people of Ukraine.