The number of countries legalizing same-sex marriages has been growing by the year. The Scottish Parliament, too, has recently adopted a law to that end. Russian experts are wondering why the modern-day Europe has been so easily giving up its Christian roots and universal human values. 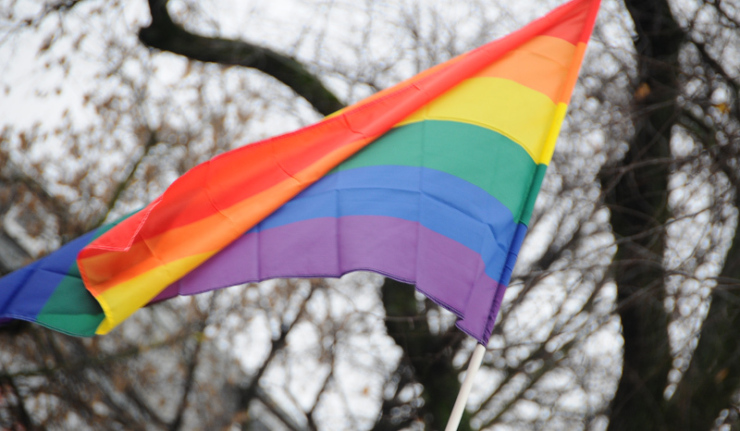 A pro-LGBT stand seems to have become Europe’s business card. Scotland is the 16th country to have officially allowed same-sex marriages, even if with some minor reservations. According to the adopted law, one is guaranteed the right to oppose such marriages and not to be seen as homophobic. The law also authorizes priests to reject requests from same-sex people for marrying them.

The homosexual minorities’ rights are supported and defended at government level in Canada, South Africa, some states of the United States, some Latin American countries, and New Zealand. The first European country to allow same-sex marriages was Denmark. Two men were allowed to officially form a family in Copenhagen in 1989. But a law on homosexual families was not adopted until 2012. Meanwhile, Holland granted equal marriage rights to both heterosexual and homosexual couples back in 2001.

There is a reason why sexual minorities have recently grown active in defending their rights and liberties. On the one hand, these activities are a logical result of the sexual revolution that shook European countries in the middle of the 20th century. On the other hand, support for LGBT is a collateral effect of the European policy of multiculturalism, says the Director of the International Institute for New States, Alexei Martynov, and elaborates:

“The basic idea underlying the policy of multiculturalism is that the EU countries were prepared to make anyone coming to the EU a European. The idea originally addressed those coming from former European colonies. But there happened to be the reverse side of the medal whereby native Europeans were asked to give up their nationality, ethnic affiliation, cultural traditions and think of themselves as equal with the immigrants from the Third World countries. The concept has failed to survive and eventually collapsed, but the idea of averaging everyone, the creation of an average European, total tolerance to one and all has resulted in a belief that Europeans should not only have no nationality, but even no sexual identity. Crudely speaking, a European is an “It”.

Support for homosexual marriages and the protection of sexual minorities’ rights are largely politically motivated today. Traditionalists have been compelled to follow in the wake of the moods of the times and become pro-LGBT, according to the vice president of the Centre for Strategic Development Modelling, political analyst Grigory Trofimchuk. Speaking in an interview with the Voice of Russia, he said:

“All countries joining the European Union should accept that point by default, which at a certain stage will prove even a more important loyalty test than joining NATO”.

Nor should one ignore the active anti-Christian movement that’s currently spreading throughout Europe. Fighting the religious canons and seeking to drive spirituality to the outskirts of public life is manifested, among other things, in what the clergy calls “peccant propensities”. But since it’s impossible to root out religious beliefs, those behind the sexual minorities rights have decided to somewhat edit the church doctrine. We have comments from the Moscow Patriarchate Representative at the European Court of Human Rights, Philipp Ryabykh:

“Enormous pressure has been brought to bear on the Court to push through the notion of homophobia. Some European countries are eager to draw up an entire programme to fight homophobia. Proceeding from the documents, submitted by LGBT organizations in Strasbourg and Brussels, homophobia means the perpetration of violence against homosexuals, and also any critical statements about sexual minorities. In other words, any priest, mufti or rabbi who will publicly declare homosexuality sinful will be seen as a homophobe, with subsequent sanctions due to be slapped on them. Greece, the UK and other EU countries are currently trying to adopt these kinds of laws”.

But experts are certain that same-sex marriages will most likely have no future. France has recently made legal same-sex marriages despite many thousand-strong protests, but Paris has since seen the first few homosexual couples divorce. Experts also point out that same-sex families are not as close-knit as traditional families. The lack of common children releases the same-sex couples of mutual obligations. If we withdraw the political and socio-ethical factors of the “fashion”, we’ll see that there is still a small chance that Grand Dame Europe, having had enough of the “liberty-equality and fraternity” game, will eventually return to its originally Christian roots and traditional values, while the laws adopted will caution the descendants against the errors of their predecessors.