Desiring That Which We Cannot ‘See’ 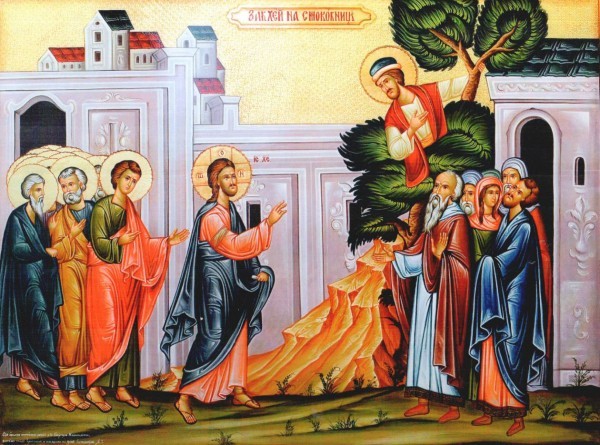 I was blessed this past week to participate in a short retreat to the Holy Dormition Monastery in Rives Junction.  Anyone who has been on retreat to the monastery, knows that the morning services start very early, with Matins and the 1st hour beginning at 5:00 in the morning, long before the Sun has had a chance to peek over the horizon.

In the midst of the dark Church, along with a few other priests and deacons, were the nuns, who spend their entire day in prayer to God for the sake of each and every one of us. And it was during the singing of the Praises during Matins, that a very peculiar thought came over me:

If Christ were to choose this exact moment to walk through the doors of this peaceful Church, what would my reaction be?

Have you ever taken some time out of the day to think about that possible reality?  If Christ came down in this very moment to the world, what would our gut reaction be?  I’m sure there are some, who after closing their mouths which had fallen to the floor, would be rushing to their purses and pockets to grab their cell phones to try and capture the moment.  Within seconds, social media accounts would be flooded with selfies of people, trying to take a picture with our Lord in the background.  Perhaps some catchy hashtag would begin to sweep the nation, as news would spread that our Lord’s Return.

There are others, who would look at Christ with tremendous skepticism, asking to see his ID, or perhaps requesting that he perform some kind of miracles, just like the unbelievers who had done the same 2000 years ago.

In the dark Church on Friday Morning, as this scenario was playing out in my head, I was listening to the nuns sing those praises to God, and I knew exactly what their reaction would be.  Like so many who desire to be with Christ, they would throw themselves at His feet, and beg His forgiveness for the countless times when they “missed the mark” that He has set forth for them in their lives.  As our Lord would make his way behind the iconostasis and take His place on the Throne in the altar, the nuns would no doubt continued to pray with the same zeal as they had had before.

What would our response be, brothers and sisters in Christ?

We read in the gospel today, an account somewhat similar to the one that I just described.  There was a man who was short in stature named Zacchaeus, a tax collector who was roaming the streets of Jericho when he saw a crowd of people shouting in jubilation, because Jesus was passing by.  After failing to catch a glimpse of the Rabbi, Zacchaeus climbed to the top of a sycamore tree, in order to see over the masses.

Christ recognized Zacchaeus’s desire almost immediately, and invited Himself to the tax collector’s house.  This man, after spending years of cheating others out of their possessions, did a complete “about face”.  Zacchaeus experienced Metanoia, a complete change of heart, and from that moment on, his life was changed forever.

In just a few short weeks, we enter into a period of the Church Calendar where every Orthodox Christian is called to experience that same “about face” in their own personal lives. And it is in these few Sundays prior to the beginning of Great Lent, that we are told by the Church what is needed in order to make our repentance successful.  On this Zacchaeus Sunday, we are reminded of the importance of having a DESIRE to be with Christ.

For Human Beings, being filled with desires is how we all live our lives.  Where we often run into trouble, is where that desire points to, because we often yearn only for the things that we can see with our eyes!  We desire certain foods, more money, more possessions, other human beings (which can be both a good and a bad thing).  We tend to want only the things that we can touch, taste, smell, hear, or feel, which makes desiring to be with God often difficult to do.

Yet throughout our readings of the lives of the saints, and of the regular prayer of those who choose to live the monastic life, we hear about those whose desire isn’t for the physical things of the earth, but for the heavenly things from above.  What is it in their lives that makes them different than us?  Why is it that they seem to have an easier time desiring that which they often cannot see with their physical eyes?  The answer is found through prayer, meditation, and most importantly, the constant remembrance of God’s REAL presence in the world.

If we were to put down our I-Phones and Androids for a few minutes every day, step away from our televisions and computer screens, and walk outside take a deep breath of the cool winter air, we too can see God and His Works in everything:

The sun coming over the horizon.

The trillions of stars in the sky.

The birds of the air singing praises to Him.

The deer roaming the forest and finding food to eat.

The 7.6 billion Human Beings, each of whom is made in His Image and Likeness, who spend their entire lives searching this earth for something Greater than themselves.

If we have only the eyes to see and the ears to hear, we see Christ manifest in everything.

In order to begin this journey towards repentance, and to truly change the direction of our lives, we have to remember to give thanks to the Lord for all of the miracles that He works for us…both of the ones that we notice, and the ones that we do not.  One of the great tools that the Church has given us to do this is found in the reading of the Psalter, which is literally FULL of references made by the Prophet David to the majesty of God in creation and in our own individual lives.  Take some time over the next few weeks, find a dark and quiet place in your house, and contemplate the sacred psalms as you prepare for the coming of the Great Fast!

Brothers and Sisters in Christ, let us increase our love of God through the unveiling of His works in our own lives, as we begin to take our own steps towards repentance!