Despondency: What is It and How to Fight It? 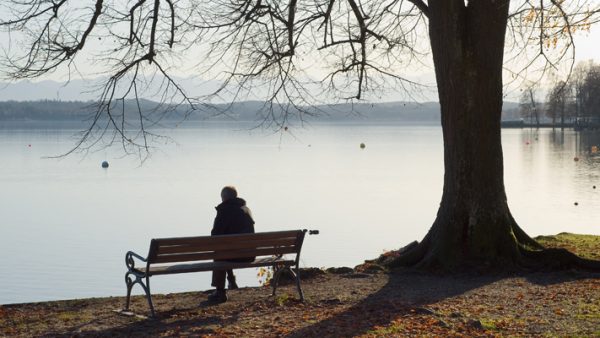 Here is a story of one of our contemporaries. He is 35. He is quite a successful businessman. He has a beautiful and modest wife and a little daughter, a big apartment in Moscow, a summer house, two cars, a lot of friends… He has something that many aspire to and dream about. However, none of this makes him happy. He has forgotten what joy is. Every day he is oppressed with melancholy, from which he tries to run away by doing something, but to no avail. He thinks he is a miserable man, but he cannot say why. He has money, health, and youth, but there is no happiness.

He tries to fight it, to find a way out. He visits a psychologist regularly, attends special seminars several times a year. After them, for a short time he feels relieved, but then everything comes full circle. He tells his wife, “Even if I do not get better, they at least understand me there”. To his friends and family he says that he suffers from depression.

Unfortunately, this is not a solitary example. There are a lot of people like that. Of course, not all of them are in such outwardly advantageous position, therefore, they often say: I am sad because I do not have enough money or my own apartment, the job is wrong, wife is grumpy, husband is a drunkard, the car broke down, or the health is poor and so on and so forth. They believe that if something could be changed a little, then melancholy would pass. They waste energy achieving something that they think they exactly lack. Yet as soon as they achieve the desired, after a brief joy melancholy oppresses again.

Psychologists define this condition as depression. If a person has symptoms of depression, what should they do? Many go to psychologists. What do they get? Firstly, self-scrutinizing conversations, and secondly, antidepressant drugs. Psychologists say that depression is successfully treatable in most cases. However, they admit that it is the most common mental illness. There is a contradiction: after all, if an illness may be successfully treated, then why does it not disappear and why does the number of patients increase over time? For example, smallpox was successfully eradicated and there have been no one taken ill of it for a long time. Yet, the situation with depression is reversed. Why?

Is that because only manifestations of the disease are treated, and its true roots are preserved in people’s souls like weed’s roots that produce harmful seedlings again and again? Psychology is a young science. It officially started only 130 years ago, when W. Wundt opened the first laboratory of experimental psychology in Leipzig in 1879.

Orthodoxy has a history of 2000 years. It has its own view on the phenomenon that psychology calls “depression”. In Orthodoxy this state of mind is called “despondency”. It is a sick condition that becomes constant over time, where the dreary mood reaches into the soul. There comes a feeling of loneliness, abandonment by family, friends, all people in general, and even by God.

This condition is also found among believers, and it is even more common among non-believers. Elder Paisios the Athonite said about them, “A person who does not believe in God and future life exposes their immortal soul to eternal condemnation and lives without consolation in this life. Nothing can console them. They are afraid of losing their life, they suffer, go to psychiatrists who give them pills and advise them to have fun. They take pills, become stupid, and then they go back and forth to see the sights and forget the pain”.

Someone may object: does any sad condition truly mean despondency? No, not all of them do. Sadness and sorrow are not a disease if they are not rooted in a person. They are inevitable in the laborious mortal path as God warned us, “In the world you will have tribulation; but be of good cheer, I have overcome the world” (John 16:33).

How to Fight Despondency and its Consequences

The great Russian Saint Seraphim of Sarov said, “One needs to remove despondency from themselves and try to have a joyful spirit and not the sad one. According to Sirach, «Shew not thy valiantness in wine; for wine hath destroyed many (Ecclesiasticus 31:25)”».

How exactly can one remove despondency from themselves? Holy Hierarch Innokenty of Kherson gives a list of the main means for fighting despondency that a Christian has at their disposal:

Prayer. It attracts grace and help from above, from the Holy Spirit. Where the Spirit is, there is no place for despondency, there the sorrow itself will be sweet.

Reading or listening to the Word of God, especially the New Testament.

Communication with people rich in the Christian spirit.

Physical labor, during which the thought turns away from subjects evoking despair.