Did Yuri Gagarin Say He Didn’t See God in Space?

Today Russia celebrates Cosmonautics Day, which marks the anniversary of the first manned space flight, made on this day in 1961 by Yuri Gagarin (1934-1968). To mark this day, we offer the following excerpts from an interview given by Colonel Valentin Vasilyevich Petrov, lecturer at the Gagarin Air Force Academy, to Interfax-Religion in 2006. 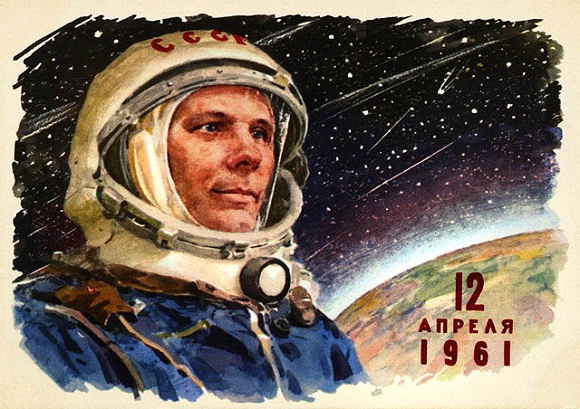 Valentin Vasilyevich, you were close friends with Yuri Gagarin. According to some accounts, the first cosmonaut was a believer, although he did not advertise it. Can one say that the Orthodox faith was another tacit element linking your friendship as young Soviet pilots during those years of state atheism, so difficult for the Church?

Yuri Alekseyevich, like all Russians, was baptized; and, as far as I can know, he was a believer. Our joint visit to the Trinity-Sergius Lavra in 1964, right on Gagarin’s thirtieth birthday, remains unforgettable to me. He, who was so lively by nature, once asked me directly if I had ever been to the Lavra. Having received an answer in the affirmative, he suggested going again. We set off at once, that evening, disguised in “civilian” clothes. We were perfect fools, of course, because Gagarin couldn’t disguise himself… When we arrived at the Lavra, a crowd of people approached him for autographs. The service hadn’t even ended when everyone, having heard about Gagarin’s arrival, rushed up to him. Such was the people’s love for Yuri, and he couldn’t refuse anyone. 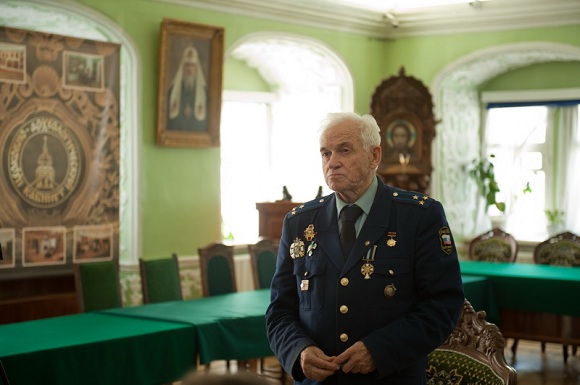 Yuri Alekseyevich was a unique person: he never boasted of his fame. When you turned to him, he’d see and hear no one but you. It’s the same with his children, who weren’t (and aren’t) puffed up by the knowledge that they’re the children of the first cosmonaut.

Then, in the Lavra, the Father Superior saved us – and, of course, Gagarin in the first place. He took us to his cell where, according to Russian custom, he of course poured us drinks. After the third shot he said: “Well, who’d believe me that Gagarin was in my cell?” And Gagarin replied to him jokingly: “Well, who wouldn’t believe it?” He then procured a photograph of himself, signed it “To Father Superior from Gagarin, with best wishes,” and presented it to him. The latter said: “Well, we need to drink to this!” And of course we did!

Then the Father Superior suggested that we visit the TsAK. We replied in astonishment: “What are you talking about, Father, we’ve been to the TsAGI!” We were thinking of our Central Aerohydrodynamic Institute [TsAGI]. It turned out that he was talking about the Ecclesio-Archaeological Cabinet of the Moscow Theological Academy [TsAK]. [1] We went there, of course, and something happened there that completely amazed me. When we reached the model of the Cathedral of Christ the Savior, Yuri glanced inside, looked at it, and then said to me: “Valentin, look at what beauty they destroyed!” Then he kept looking at it for a very long time…

When we were returning from the Lavra that time, we were so impressed by everything we had seen that we drove as though hypnotized. Yuri said to me unexpectedly: “Valentin, ponder these words: ‘who art in the heavens.’” I looked at him wide-eyed: “Yuri Alekseyevich, do you really know prayers?!” He said: “Do you think you’re the only one who knows them? Well, you know how to keep quiet.” After all, this was 1964, when Khrushchev promised to “show the last priest…”

I got in trouble because of this trip: I was accused of “dragging Gagarin into religion.” But Gagarin saved me. He said: “How can a Captain drag a Colonel into religion?! He didn’t drive me: we went in my car.” As a result, I was reprimanded according to the party line for “leading Yuri Gagarin into Orthodoxy” – and now I take great pride in this.

Shortly after our trip, Yuri Gagarin, while speaking at a plenary session of the Central Committee on the education of youth, openly suggested restoring the Cathedral of Christ the Savior as a monument of military glory and an outstanding product of Orthodoxy. He simultaneously proposed restoring the then-ruined Triumphal Arch of Moscow. Gagarin’s motives were very simple: one can’t increase patriotism if one doesn’t know one’s roots. Inasmuch as the Cathedral of Christ the Savior was a monument of military glory, then people who are going to defend their Motherland should know this.

No one in the plenum, of course, expected such words from the first cosmonaut: the reaction was amazing and the applause was thunderous. The presidium, of course, was seriously frightened, but it goes without saying that they couldn’t do anything against Yuri Alekseyevich.

But what about the famous phrase attributed to Gagarin: “I flew into space, but didn’t see God”?

It was most certainly not Gagarin who said this, but Khrushchev! This was connected with a plenary session of the Central Committee addressing the question of anti-religious propaganda. Khrushchev then set the task for all Party and Komsomol [Young Communists] organizations to boost such propaganda. He said: “Why are you clinging to God? Here Gagarin flew into space and didn’t see God.” However, some time later these words began to be portrayed in a different light. They were cited in reference not to Khrushchev, but to Gagarin, who was beloved by the people. Such a phrase spoken by him would be of great significance. Khrushchev wasn’t especially trusted, they said, but Gagarin would certainly be. But nothing was ever said by Gagarin about this, nor could he have uttered such things.

One of the most recognized Russian technical schools, The National Research Nuclear University “Moscow Engineering and… 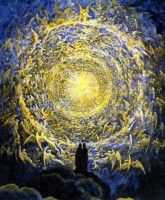 “Love makes the world go round,” proclaimed a popular song of some years ago. The song…