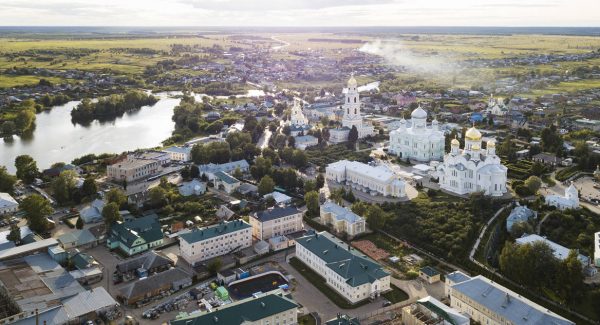 The first virtual museum dedicated to the history of the village of Diveevo in the Nizhny Novgorod region, where the Holy Trinity – St. Seraphim Diveevo Convent is located, opens.

The Diveevo Yesterday virtual museum publishes historical photographs of the 19th and 20th centuries from the life of the village and the convent. Today, the exposition features more than 200 exhibits – single shots, series of photos, as well as digitized newsreels and video recordings, reports the website of the Government of the Nizhny Novgorod region.

The creator of the virtual museum is a local journalist, Pavel Sushkov, in whose vaults, in his own words, there is still a huge amount of unsorted and undescribed material.

“The museum collection began with photographs of my father taken in 1990. When the residents of Diveevo found out about the idea, they began to offer me their own photos and films from family archives. As a result, all this grew into a large project “Diveevo. Living History,” said Pavel Sushkov.

It is noted that in 2022 the project “Diveevo. Living History” received a Presidential Grant for the Development of Civil Society, which made it possible to purchase equipment and pay for services to create new content.

Later, the administration of the Diveevo district also joined the project, thanks to which it was possible to start digitizing the films from the archive of the regional newspaper, Udarnik. In turn, local entrepreneurs paid for the development of a website for posting photos.