Do not Deprive God of an Opportunity to Save You 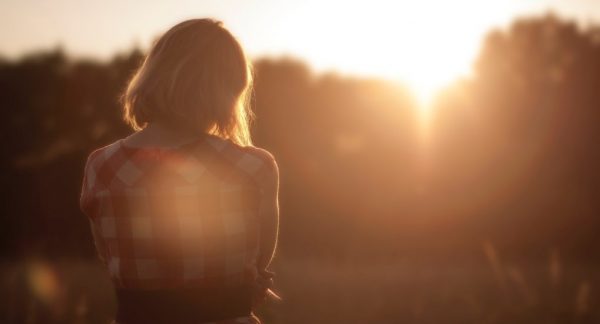 Some time ago we received a difficult question, “How to overcome the fear of death”. We asked Archpriest Igor Fomin to answer this letter. 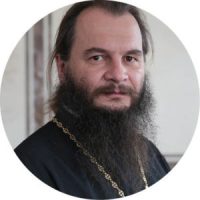 Archpriest Igor Fomin, Rector of the house church of St. Alexander Nevsky on the premises of the Moscow State Institute of International Affairs, answers the reader’s question.

I read this letter, and I myself got scared: scared for its author. It is evident that he has faith in God, he recognizes Him, but he does not do the main thing: he does not trust Him. Therefore, he starts with fear and withdraw into disbelief. Hence the wrong conclusions: he is wrong about a lot of things. And these mistakes should be analyzed.

Mistake #1: Seeing the Goal in the “Arrangement” of One’s Eternal Life and not in Acquisition of God

This is one of the common phenomena, when a person dreams about their future wonderful life in the Garden of Edem and not about friendship with God. They fixate on themselves, on the fear for their future life: “to go to paradise” for them is a synonym for “not to go to hell”. You know, Hieromonk Roman (Matyushin) said these words, “God, with You there is no need for paradise, with You cramped hell is like paradise to me”. So I am not ready to go to paradise if God would not be there.

One should really fear to lose friendship with God, to lose communion with God. This is positive, “divine” fear. A fear of losing comfort or, on the contrary, of not finding it in the future is sinful. This is an animal, bodily fear: to be punished, ridiculed, and humiliated.

To understand whether your fear is sinful or “divine”, one needs to determine its nature. A person is threefold: they have spirit, soul, and body. It is some kind of a pyramid. All feelings, including fear, grow in the middle part of the human essence: in soul. The nature of the fear will depend on the direction, in which these feelings would be channeled: either in spiritual or bodily plane.

Mistake #2: Paying Too Much Attention to One’s Sinfulness

The author is also wrong about the assessment of himself. Only God can judge us, and to say, “I am a scoundrel” means to close oneself off from God. Many people think that fixation on our own sinfulness is a sign of the sober Christian thinking. However, it is not the case. When you define yourself as a bad person, you put a label on yourself that you accept. Yet God cannot act where a person has decided for themselves with finality that they are bad.

Yet, here it is also necessary to understand the nature of words and actions caused by feelings of love or fear. If a person loves themselves, their actions are aimed at bodily pleasure: how to sleep, to eat and to dress better. On the contrary, if a person is spiritual, they want their neighbor to eat, to sleep, and to dress better. This is the difference between sacrificial and narcissistic love.

The same goes for fear. If you walk down the street, see how huge bullies are hurting a little boy and rush to help him without thinking that you yourself might get hurt: this is the fear for another, sacrificial fear. Fear for oneself is the narcissistic fear.

Mistake #3: Considering Good Deeds to be a Ticket to Paradise

You are wrong if you think that our fate depends on the number of good deeds. As soon as you focus on this, “good” deeds become a subject of accounting. And it is market relations: I will do some good deeds, and You will give me the Kingdom of Heaven later.

We should focus our attention not on the good deed as such, but on our neighbor, for whom we can do something. Someone may even be surprised and ask, “Have I done something good for God specifically?” However, serving God is exactly that: serving your neighbor.

There are even those, who have been looking for God all their life and have not seen Him in their friends. God will tell such people: depart from Me, you cursed, for I was thirsty, but you did not give Me a drink, inasmuch as you did not do it for your neighbor. 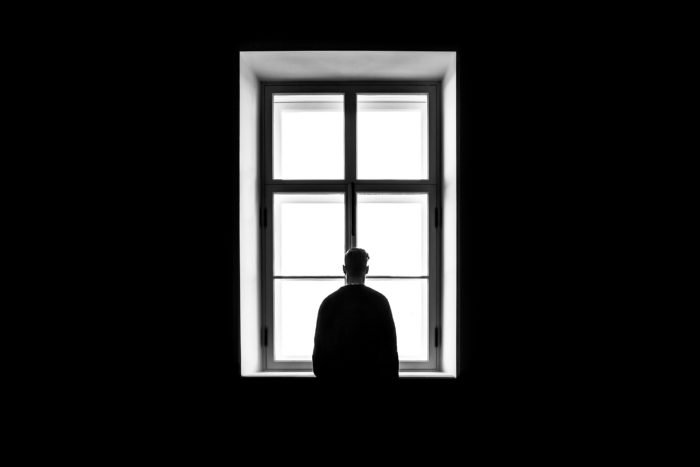 The author of the letter presumptuously believes that church will not help him, and a priest cannot grant remission of sins. The belief that God forgives, and the Church does not,  comes from illiteracy, from ignorance of the Holy Scripture. Understand: God Himself has left us the Church to help us! The Church gives us strength in sacraments and provides a guide in the person of the clergy.

In prayer of absolution a priest acts on behalf of God (which does not mean “instead of Him”). And here, on earth a person is absolved from sins, which they genuinely repent of: they receive spiritual liberation from them. There are no longer sins, but their consequences, which include remorse and “spiritual” scars.

Yet it is difficult for me to imagine a situation, when a person sins in order to repent later. This is possible only due to disbelief, to dislike for God. People, who think that they will sin and repent later, often suddenly end their lives without having time to do it. After all, it is repentance that is one of conditions of entry into the Kingdom of God.

Mistake #5: not Believing that God will Forgive You

It seems to me that a situation, when a person does not want to trust God is very similar to the sin of Judas. It is not that Judas betrayed Christ: he repented of it, threw thirty pieces of silver. However, he did not accept God’s forgiveness. According to tradition, Judas tried to hang himself three times, but he was unable to. And he manage to do it, only when he did not believe that God loves him so much that He forgives him.

Yes, a person tends to focus on themselves: they decide whether they are good or bad, whether they should be forgiven or nor, whether to hope or to give up. Thus, they do not allow God to act and cut off their way to salvation. A person themselves can do nothing to change their future life: only Christ can do this.

What is left for us to do then? To keep His commandments and to desire to be godlike as our natural duty: to do good. Not to argue how many good deeds should be done to get to paradise, but simply to go and to do one’s best. God will do the rest: for He, seeing the efforts and repentance of a person, absolves them from sins.

Mistake #6: Being Afraid to Make Mistakes

Distrust of God alongside with an understanding of the limitations of one’s powers gives rise to fear. As a result, you yourself cannot cope with anything and do not allow God to help: this closes all the ways of solving your problems, leads to exhaustion and despondency.

A believer does not have this fearfulness, which leads to a dead end, but there is another fear: a fear of making a mistake and being left without God. However, we are not forbidden to make mistakes. Remember Paul the Apostle: being Saul, he persecuted Christians and believed that he served God by doing this. God, seeing his sincerity, turned him 180 degrees and out of persecutor of Christ Paul became one of His greatest preachers.

So, we also should hope and believe that God is always with us and will never leave us: He will guide us on the right path if we make a mistake.

An Alternative of Conclusion: a Recipe for Victory over Fear

The Apostle John the Theologian has these words: There is no fear in love, but perfect love casts out fear (1 John 4:18). We should adhere to this principle: to conquer fear with love.

My grandfather told me how he performed operations in a hospital during war. Two soldiers held him by the arms, and if he was falling asleep – there was such an agreement – a blow to his liver followed. From such pain he saw stars and sleep was gone in an instant. My grandfather had a choice: he could plead to the fact that one should not operate for more than 12 hours (it is inefficient), but then someone would die; or he could continue operating. And he continued to amputate, cut, and dissect out, while standing on his feet for two days. Of course, a fear of doing something wrong was present, but it was conquered by the love for his neighbor.