Guarding the Truth in the Church 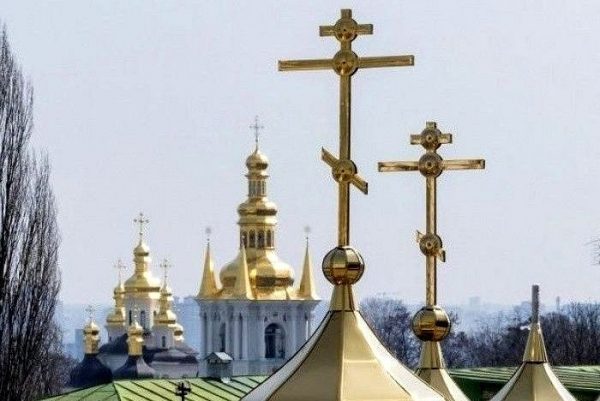 On this day, we celebrate the Holy Fathers of the first ecumenical council which was assembled in Nicaea in the year 325ad. Why was this council convened? What did it mean? Why was it so important? What would cause the Emperor St. Constantine the Great to call this meeting and to fund the travel expenses and the gatherings of these 318 bishops from around the world? We can look at today’s readings for a glimpse into the problem. In today’s reading from the book of acts we hear these words from the Apostle Paul,

“Take heed to yourselves and to all the flock, in which the Holy Spirit has made you overseers, to care for the church of God which he obtained with the blood of his own Son. I know that after my departure fierce wolves will come in among you, not sparing the flock; and from among your own selves will arise men speaking perverse things, to draw away the disciples after them. Therefore, be alert, remembering that for three years I did not cease night or day to admonish everyone with tears.”

St. Paul taught this to the priests and bishops in the city of Ephesus. We know this because we are told that he called to him the “elders” of the church, which translates as “presbyteros” or presbyters, and that he addressed them as “overseers” which is a term that was synonymous with bishop. We also note that in the early life of the Church, while the apostles were still active, these terms of elder and overseer were often used interchangeably.

St. Paul, as their teacher, was preparing them for life in the Church. Especially life, after the apostles. Even from the earliest days of the Church there was confusion about certain aspects of the faith. There were also men that St. Paul called “fierce wolves” who were in fact, teachers who taught the faith incorrectly. And if there is one thing that we know is important as Orthodox Christians it is this: Faith that is not true is not from God and it cannot offer healing and salvation, because it does not offer us a real path to God and to His Church.

It should really be striking to us that St. Paul gives this warning regarding not the outsiders, but regarding those who come into the church. Who has more influence, an outsider and stranger or one who you come to know and trust in the church? Certainly, the one who is within the flock. For this reason, we take seriously the message of St. Paul to these clergy, to be alert and on guard against false teaching that comes up in the church. Of primary importance is the teaching of theology or doctrine. Nothing is as destructive to the human person as bad theology, and false doctrine.

In our society today, we are nearly overrun by pluralism. People say that there is no such thing as objective truth. They say that one thing might be true for you while another is true for me. They say that whatever you may believe, it is your truth and not the truth. As Christians we beg to differ. 2000 years ago we received the clear divine revelation directly from the mouth of the God who took flesh and dwelt among us. The disciples and apostles bore witness to this truth with their very lives. The saints and martyrs throughout each and every generation, have continued to bear witness to the truth of the gospel of Jesus Christ. This is how they demonstrated their love for God and for their neighbor.

Are any of us brave enough to speak up for our beliefs in this culture and at this time? Are we interested in showing love to those around us? If so, we are required to speak the truth in love. We should not be afraid to do so. Because we are not interested in pleasing men, but in pleasing the God who has redeemed us and gives us life. And good theology gives life, because it expresses or “gives” God truthfully.

The emperor St. Constantine convened the council at Nicaea because he saw a new teaching coming into the church and this teaching threatened to destroy the church and then the empire. A charismatic priest named Arius had gained quite a following through his teaching and preaching. What was it that he preached? He preached that Jesus was not equal to God the Father, that Jesus was created by God the Father. “Where did he get this idea?”you might ask. Well, he got it by reading the Bible. “Well, now, wait a minute, I thought that the Bible was reliable and true?” But this is exactly the issue. Arius would quote passages such as when the Lord Jesus says “The Father is greater than I.” He would also quote from the OldTestament such passages as Proverbs 8:22 which reads according to some translations “The LORD made me at the beginning of His creation, before His works of long ago.” So it might be easy to be confused if one only looks at the biblical texts. We see this in the phenomenon of many Christian denominations. If the Bible is clear and sufficient, why do we have so many different interpretations?

The church understood this and for this reason the teaching has always been that no Scripture is of private interpretation, but requires prayer and council especially with regards to difficult passages. How do we make sense of difficult passages? We test them against the living tradition that has been handed down to us from the apostles, against the apostolic preaching. We also test them against the rest of Scripture and the New Testament. If something is true, it should be true throughout the text and not only in a few isolated instances, when taken out of context.

In all of this, the holy ecumenical council served as a court of last resort and final authority, through the authority vested in the bishops by the laying on of hands from the Apostles, which they in turn received from the Lord Jesus Himself. The ecumenical council is the place where the leaders of the Church could come together to pray and discern and ask the Holy Spirit to guide them to the truth of the faith that was handed down and remains unchanged. What a love these men had for preserving the Church! I pray that we would take time to understand just what kind of treasure we have in this faith and in the Church, the living body of Christ. I thank God for what He has generously offered us. May we become worthy of these gifts through our love for Him. And Glory be to God forever AMEN.

How To Become Great

Humans have always had an irresistible urge to reach for greatness. Rarely do people wake up and say…

As You Have Believed