Do You Know the Aim of the Church? 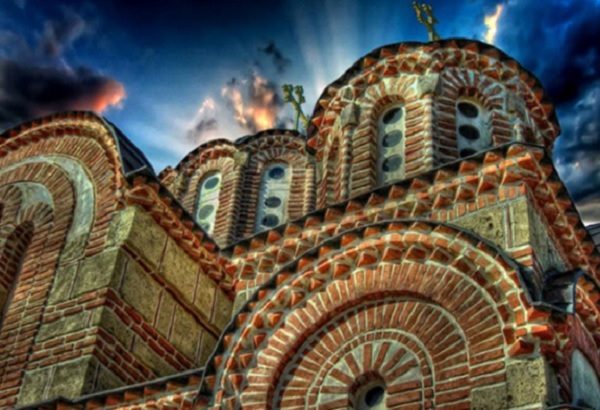 It’s painful and unfair that the Church should appear in the eyes of people today, particularly the young, to be a religion that imposes itself on the insecurities, weaknesses and illusions of people. Or even that it takes away the enjoyment of life, creates guilty feelings and encourages antagonism and division. It may be, of course, that this impression is, indeed, given to the outside world by some people who are in a position of responsibility in the Church but are unaware of the spirit of the Holy Fathers who interpreted the Scriptures correctly, because they had the grace of the Holy Spirit.

One such Father is Saint Nektarios, who continues the tradition of the Church and teaches ‘right thinking’ (= Orthodoxy). He’s better known for the miracles he performed ‘in all the earth’ rather than for his writings, but he in no way lags behind the great Fathers and Teachers of the Church.

In his work ‘Pastoral Care’, he mentions, among other things, that ‘the aim of the Church is the dominion of love, joy and freedom on the earth’. In a world of hate and competitiveness, stress and depression, internal and external unfreedom, the Church of the Holy Fathers and Mothers is a signpost to another way of life which is characterized by being a community of persons, of joy and freedom.

It might be remarked that such features are absent in ‘Church people’, who are better known for their lack of communication, cheerlessness and feelings of guilt. Some of them may, indeed, be like this. But sweeping generalizations are not serious observations.

People who think about the truth seek it, search for it, and find it. If we’re being honest, it’s impossible that God won’t encounter them and reveal himself to them. Then, whatever the difficulties they may have had previously, they’ll come to knowledge of the truth, which brings joy and freedom, according to the words of Christ: ‘you will know the truth and the truth will set you free’.

Within the Church, as it is revealed to be by older and more modern saints- not only those who have been canonized but also those who live the life of God, simply and humbly, far removed from demonstrations of piety, moral strictures and egotism- we can learn empirically about the love that does away with the torment of loneliness, about the joy that we seek in various ways but which is missing even if we imagine we have it, and about freedom, particularly from our malicious self, which pretends.

Then our life will take on meaning, as will our difficulties, our self, our surroundings, and the whole world besides. We’ll know the reason for our existence and that of the world, in the knowledge that, for us, the Church isn’t something that adds labor to our pain but that it can be for us, too, what it was for the saints: a source of love, joy and freedom.

Most viewed articles
Metropolitan Hilarion of Eastern America and New York to Be Buried in Jordanville on May 22168
Patriarch Kirill: The Peoples of Russia and Ukraine Have No Interest in the Conflict161
Communion restored between the Serbian Orthodox Church and the Macedonian Orthodox Church – Ohrid Archbishopric119
Metropolitan Hilarion of Eastern America and New York Reposes in the Lord117
What Do We Celebrate at Mid-Pentecost?100
Metropolitan Onuphry: One Needs to Search for the Truth in Spiritual Life, not Easy Ways86
Celebrating 100 Years with Paschal Joy64
Patriarch of Serbia to Concelebrate with Archbishop Stephen of Ohrid40
Family Life and Spiritual Warfare22
China’s Internet Clampdown Is Step Closer to ‘Cancelling Christianity’8
Most popular authors
Pravmir.com team691
Ioannis Foundoulis100
Priest Luke A. Veronis64
Archpriest Michael Gillis22
Donna Birrell8