Does God Ever Ignore Our Heartfelt Prayers? 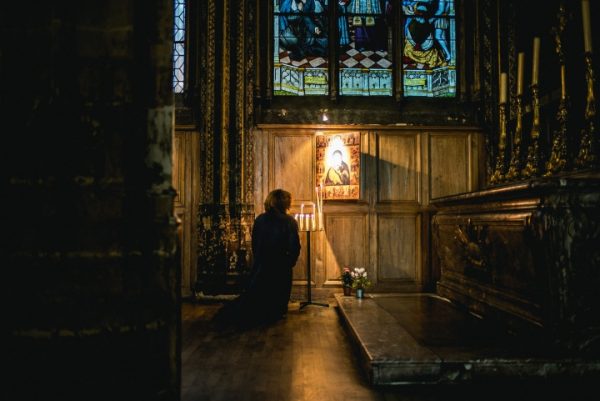 Three. That is the number of times that the Canaanite woman begged and pleaded with the Lord Jesus for His help. She came to him begging and crying, “Have mercy on me, O Lord, Son of David; my daughter is severely possessed by a demon.”

This woman came with the noblest of intentions. She came with the right attitude. She came and asked for the right thing from the only one who could possible offer to fulfill her request. We are then left wondering why the Lord ignored, or seemed to ignore the first two requests and only responded after the third?

Is the Lord a cold-hearted individual? Is the Lord Jesus mean-spirited? At a glance, this seems to be the case. The Lord all but calls her and her people dogs. He says “It is not fair to take the children’s bread and throw it to the dogs.” Can we imagine what the media would do if any public figure were to refer to anyone else in such a way today? They would have a field day.

Yet the Lord Jesus, the Son of God, often surprises us and this must be so! God is often unpredictable. We do not understand His ways or His mind. The Apostle Paul wrote “For who can know the mind of the Lord?” Rom 11:34 So we should not be confused by His actions but we must humbly try to discern or understand what is happening here.

It seems clear that the Lord is testing the woman. But the truth is that the Lord Jesus already knew her heart. There was another reason for this back and forth exchange according to St. John Chrysostom. He says “we might surmise that this is the reason he put her off, in order that he might proclaim aloud this saying (O woman, great is your faith) and that he might crown the woman: “Be it done for you as you desire.” By this the Lord allowed those who were standing nearby to learn the meaning of true faith in God and in His chosen one, and to learn it from a gentile of all people. This should have put the Jews to shame. Shame because they did not have that level of faith in Christ or the humility that preceded it.

This scene teaches us many things about our own relationships with the Lord Jesus. First and foremost we learn that often we have to persevere in prayer patiently to receive the things that we ask for. It’s not enough to pray for something once or twice. Even when it seems that God is ignoring us, it is not the case. If it is important we should continually pray for it. In the process of praying for it patiently we will gain many blessings even if we do not receive the thing that we had asked for. Prayer is not simply a list of things we want. It is a chance to eat and drink and bathe in the grace of God through the Holy Spirit. In fact there is nothing that is greater than the invisible gifts that God desires to give us in prayer.

We thank God that we don’t always receive what we ask for. Not everything that we ask for is in fact good for us. In the Divine Liturgy we ask God to answer our prayers according to His will and according to what is for our salvation. We will have a chance to find sufficiency in Christ as St. Paul did when he prayed three times that the thorn of the flesh would be removed from him and the Lord replied “My grace is sufficient for thee, for My strength is made perfect in weakness.”

We also see the great humility of the woman. St. John Chrysostom compares her attitude to that of the Jews who dealt with Christ. He says

“Behold the woman’s wisdom! She did not venture so much as to say a word against anyone else. She was not stung to see others praised, nor was she indignant to be reproached. Behold her constancy. When he answered, “It is not fair to take the children’s bread and throw it to the dogs,” she said, “Yes, Lord.” He called them “children,” but she called them “masters.” He used the name of a dog, but she described the action of the dog. Do you see this woman’s humility? Then compare her humility with the proud language of the Jews: “We are Abraham’s seed and were never in bondage to any man.” [Joh 8:33.]“We are born of God.” [Joh 8:41.]But not so this woman. Rather, she calls herself a dog and them masters. So for this reason she became a child. For what does Christ then say? “O woman, great is your faith.”

She could have looked around and complained about the people around her. She could have called them hypocrites and sinners. She did not. Likewise, we are often tempted to hold ourselves up as pillars of the faith while criticizing others. She did not act in such a haughty way, looking at what others are doing or not doing. Our attitudes should be like this “I am the chief sinner….I am no better than anyone who has ever lived on the face of the earth.” We should have that heartfelt opinion of ourselves. Because God is drawn to those who do not look around and condemn others. He is drawn to those who support others and are merciful to others.

And we see exactly this in our final point today. We see the great power of intercessory prayer. We see a woman who goes through all of these struggles for the daughter that she loves. And guess what? The Lord accepts the mother’s struggles on behalf of the daughter. In the same way, the Lord accepts our struggles and prayers on behalf of one another. Why do you think that we ask the saints to intercede and pray for us? It is because they are alive in Christ and we believe that the Lord will accept their faithful prayers on our behalf. Likewise we should practice saintliness and do what the saints do, here and now for one another. We become saints by living like saints, energized by Christ. Pray for othersas the saints do. Beg and plead on their behalf with faith. This is one of the most concrete forms of love that a human can undertake on behalf of another. We pray for others knowing that it is possible that they do not have the strength or knowledge to pray properly. In this way, our prayers are sacrificial and powerful.

Regardless of whether we are praying for others or for our own struggles, May we come to the Lord with the perseverance and humility of this Canaanite woman. May the Lord say to each of us “great is your faith!” Glory be to God forever AMEN.

He Went Away Justified

The Reading from the Holy Gospel according to St. Luke. (18:10-14)  We continue on the march towards Great…

Crying Out For Mercy

The reading from the Holy Gospel according to St. Luke. (18:35-43)  I notice something interesting as I read…

Today’s reading is from the gospel according to St. Matthew 2:13-23 In this gospel reading we are again…

Most viewed articles
What Can the Church Offer the Youth of Today?141
Saint John Chrysostom and Family Life138
Our Unity in Christ78
Metropolitan Hilarion: Christians in the Middle East and Other Countries Need Both Our Support and Prayer63
Patriarch Theophilos III of Jerusalem: Our Common Commitment is to Gather for Prayer and Fellowship45
P.Kirill1
Healing the Inner Pharisee1
Most popular authors
Metropolitan Ephrem (Kyriakos)141
Archimandrite Ephraim of Vatopedi138
Pravmir.com team108
Abbot Tryphon78
Archpriest Stephen Freeman1