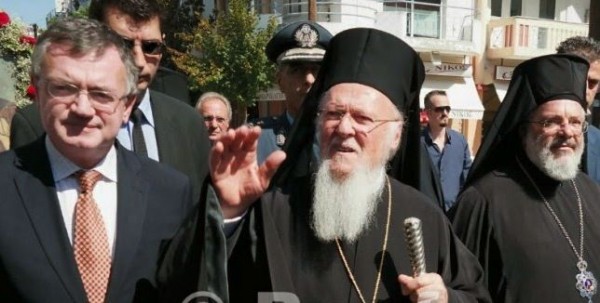 Bartholomew was welcomed at the Orestiada Square by Metropolitan Damaskinos of Didymoticho, political, church and armed forces representatives from Orestiada and neighboring Soufli, as well as by cultural organisations, children and people scattering flowers.

Earlier, on his way to Orestiada, the church leader stopped at a border guardhouse, where he blessed the officers and soldiers present.

Christians celebrated Easter with church masses in several cities across Turkey on April 20.