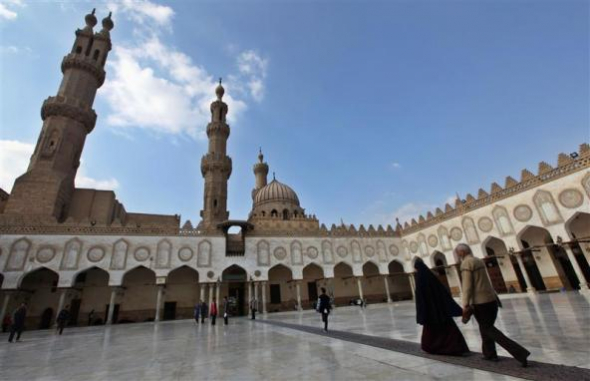 The grand imam of the Egyptian Muslim institution al-Azhar is holding a World Conference on Peace in Cairo, in which Pope Francis, Orthodox Ecumenical Patriarch Bartholomew and Coptic Pope Tawadros II will also take part “to eliminate the causes of conflict, violence and hate.”

The objective of the conference, to be held Thursday and Friday, is to address “a message to the whole world” to “call for peace between religious leaders, between societies and between all the countries of the world,” the office of grand imam of al-Azhar, Sheikh Ahmed Mohamed al-Tayeb, says, according to La Croix.

Pope Francis is scheduled to give a speech Friday after the grand imam, immediately following his arrival in the Egyptian capital and a “courtesy visit” to President al-Sissi. Francis is also scheduled to meet Pope Tawadros after the conference.

The Egyptian Islamic seminary has observed that “human society is currently experiencing overwhelming crises threatening our existence and destroying the essence of human life” and the “bloody, armed conflicts” that have resulted “contradict sublime religious values and humanitarian ideals.”

“Considering the expansion of the circle of wars and violence and the rise in terrorism and sectarianism, the voice of reason calls us to do our best to eliminate the causes of suffering and to seek the means of cooperation rather than seeking conflicts …,” the seminary states.

Two Coptic churches in Egypt (St. Mark’s Cathedral, the seat of the Coptic pope, and a church in Tanta) were bombed on Palm Sunday, leaving at least 45 people dead and more than 100 injured. Pope Tawadros was leading the mass in Alexandria when the blast occurred.

Coptic Christians account for about 10 percent of Egypt’s population of 82 million.

The Islamic State, also known as IS, ISIS, ISIL or Daesh, recently released a video threatening Christians in the country. IS is also believed to be behind the bombing of a chapel adjoining Cairo’s St. Mark’s Cathedral in December. At least 28 people were killed.