Egypt’s Coptic Leader: ‘Christians Are Not a Minority in Terms of Value to the Nation’

Pope Tawadros II, Egypt’s Coptic leader, has issued an uncharacteristically sharp assessment of the North African country’s leadership in a recent interview, asserting the important role Christianity plays in the country and addressing the newly minted constitution with which many minorities hold fault.

“We are a part of the soil of this nation and an extension of the pharaohs and their age before Christ. Yes, we are a minority in the numerical sense, but we are not a minority when it comes to value, history, interaction and love for our nation,” Tawadros told the Associated Press Tuesday, Feb. 5 in an interview at the 4th century al-Muharraq monastery, located 180 miles south of Cairo in the city of Assiut. 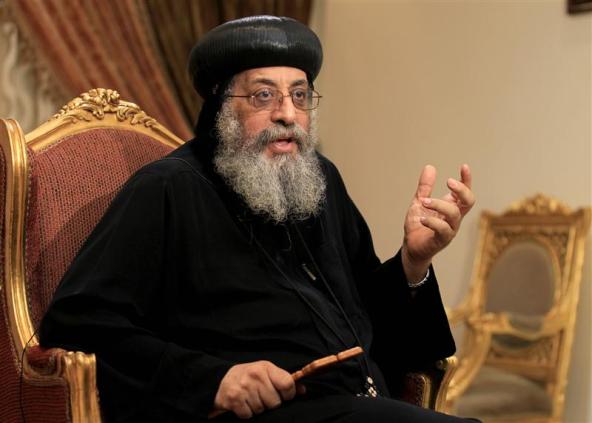 Tawadros II is the first Coptic pope to visit this age-old monastery in three decades, as previously tensions between Islamists and Christians in the south have made it unsafe.

Egypt has recently been criticized by various groups and leaders who are concerned that the Muslim Brotherhood, the dominant political party in the nation, is taking over the government.

Part of this concern comes from the fact that Egyptian President Mohammed Morsi, who was sworn in as the country’s first democratically elected president in June 2012, is closely linked to the Muslim Brotherhood leadership.

One of the most contentious political issues in the country revolves around the recently approved constitution, which many argue provides unbalanced power to Muslim clerics, as well as further limits civil liberties in the country.

Additionally, in a recent interview with MBC TV, Tawadros spoke of the pain Christians in the country feel from the discrimination they have received, especially when attempting to build churches. Due to the Hamayouni edict church builds can be ruthlessly delayed, and in many cases have taken up to 20 years to complete.

“This discrimination hurts us so much, as the Church for Christians means their everyday life; because they practice, for example, their baptism, marriage and other rituals inside it,” Pope Tawadros II said of the Christian struggle to build churches.

“There is no reason to not pass a law for building houses of worship,” he added.

Although these recent interviews showed a more politically-oriented, and open side of the Coptic leader, Tawadros has previously highlighted the importance of hope and unity among Egypt’s Christian people.

“Even if humans feel lots of fear, remember God will take care of you. This is a collective message because fear is contagious […]This is a message of reassurance,” Tawadros said in a 2012 Christmas address in an attempt to satiate the worries of Copts.

“We don’t pray for the land. We pray for the humans, all humans … starting with the president, Mohammed Morsi, and all officials, and for God to give everyone wisdom and responsibility to manage the affairs of this country and its people in true Egyptian spirit,” Tawadros added.