The Empty Space Among the Saints

Source: OCA
When I gaze at the assembly of saints on our wall, I am struck by the middle space on the second tier—not at who is present, but at the omission of a face. If it were a photograph, one might imagine the photographer had set the timing device for a delayed click, but didn’t quite make it before the flash.
Archpriest Vladimir Berzonsky | 05 February 2015
“Greet all the saints…All the saints greet you…The grace of our Lord Jesus Christ be with you” (Philippians 4:21-23)

The iconographer created a grouping of the twelve men presently canonized as the saints of North America. They occupy the rear wall of our nave. How different this icon is from all the other icons throughout our temple. The most striking feature is that many are nearly our contemporaries. St. Nicolai of Zhitza, the Serbian saint who had ended his long and traumatic days at our monastery and seminary of St. Tikhon’s, had been the instructor of many priests throughout our nation. They well remember him and willingly share anecdotes about his influence on their lives.

Most of the saints adorning our walls lived in past generations. That itself poses a problem for average Americans who are not inclined to immerse themselves in history. Ours is a country that emphasizes the present and looks towards the future. As our illustrious President Abraham Lincoln responded when he was asked about his heritage, he was more concerned about his progeny than about his ancestry. I recall visiting a young lady being disciplined by her mother. She was in fact placed temporarily in an institution intended to bring her to deal with her irresponsible behavior. “They won’t let me have my Michael’s picture in the room!” she sobbed. “They won’t allow an icon of the Archangel Michael?” I naively asked. “No, Michael Jackson!” she wailed.

When I gaze at the assembly of saints on our wall, I am struck by the middle space on the second tier—not at who is present, but at the omission of a face. If it were a photograph, one might imagine the photographer had set the timing device for a delayed click, but didn’t quite make it before the flash. Yet this is no group photo. The iconographer didn’t intentionally mean to omit anybody, or so he says, and I know him to be devout. He prays for inspiration each time that he takes up his brush. The only explanation—this must be the will of God. We have, therefore, a sign of something mysterious, or at least worthy of a meditation. What is it that is being excluded from this icon on our temple wall? Whose face is meant to fill the space in the midst of the holy men of this continent?

We have twelve men, nearly all of them clerics. They are either bishops of some rank, or else priests. The exceptions are the blessed Herman of Alaska, a monk throughout his life and the first to be canonized, and the native Alaskan lad, Peter the Aleut, the only true “American” other than St. Jacob. There is not one among them born in the “lower forty eight” or Mexico, not to mention Canada, and not a single female in the group.

Who then might have his or her countenance in the midst of that array of clerics and martyrs? Is there some man or woman from Canada, Mexico or the United States other than Alaska (that state which has provided us with so many noble, dedicated and worthy witnesses to what it should be like affirming the true Orthodox Christian faith in the New World)?

Should it please us or disturb us that whatever else women are seeking to aspire to in these days of women’s liberation, none of them so far as I am aware has thought to rise to sainthood? Humility is at the apex of our spiritual virtues. All saints by definition are anonymous to themselves. On the other hand, we might recall the famous admonition of one of the most renowned saints of the recent centuries, St. Seraphim of Sarov observed—of all the heresies of the past, the worst of them is alive and active in our times. In the past, the Church of God waged war against one or another false teaching that afflicted the people of God, but now we find that there are Christians who believe that the heroic struggles to cooperate with the grace of the Holy Spirit is no longer possible. Sainthood is obsolete. They were giants in the earth in those days, but all that is over. This surely if it were true, would put an end to our salvation and the willingness, not to mention the possibility, of entry to God’s Kingdom. 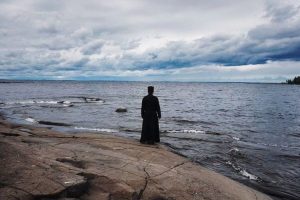 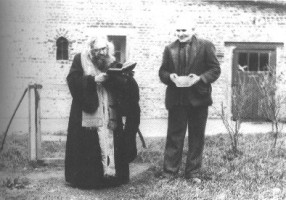 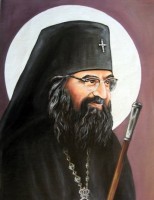