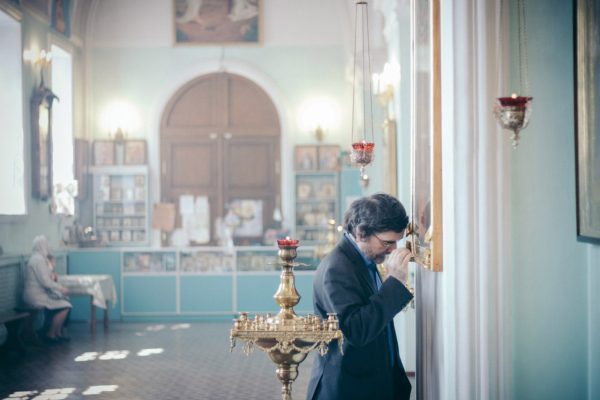 Bishop Fulton Sheen said the following: Christianity is not passing away because it is too hard. It is passing away because it is too soft.  Many will not fight and they cannot run and they find it impossible to keep the Faith.  As St. Paul once said, they have the form of Christianity, but they do not have the power. I think of what the Spirit often said to the Churches in the book of Revelation: “to he who overcomes (who keeps the Faith), I will give him a crown- the 2nddeath will not touch him- and so on.  Those who wear the crowns are those who have won the battle.

Let me offer a final word of encouragement. I often feel weak and many times I have failed the Lord. What keeps me  is the limitless mercy and forgiveness of God. It is this mercy that makes the perseverance of the saints possible.  I know that in any war, you may lose a few battles. Yet, if you remain obedient to the Commander, in the end you will win the war.

Fight, run, finish. To be Orthodox is to struggle not just to loose weight, or pay the bills, etc.  It is a struggle to keep the Faith. After all, the Lord promised a cross to those who followed him.  I think that on judgment day, the only thing the Lord will ask us is “did you struggle to keep the Faith?”  If we did, then we have fought the good fight, we have run  the course, and we have finished the race..