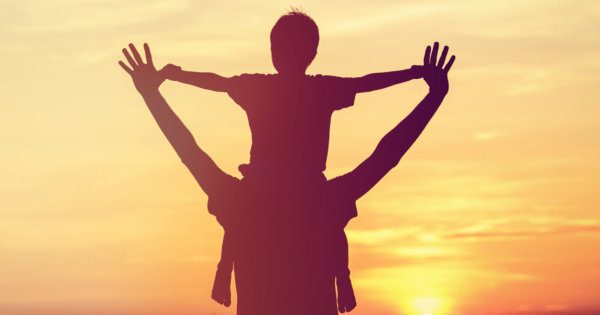 Orthodoxy has no “cult of the saints.” We don’t “put them on a pedestal” and treat them like some kind of spiritual anomaly, or super hero. If the saints are some special class of being, then we feel justified to believe that we can never be anything like them. On the contrary, we know that the saints were sinful men and women just like the rest of us. Yet, they were friends of God, and their love moved them to gain the Holy Spirit and to be transformed into the image of Christ. Therefore, we see what is possible for all of us. Also, we know as the Bible says that “the prayer of a righteous man avails much.” Therefore, we can ask the saints to pray for us just as we can ask any member of our local congregation to pray for us.

The saints are important to the Orthodox for another reason. Isaac Newton said that we can see farther than the previous generation, only because we stand on the shoulders of giants. You and I can see far indeed if we stand on the shoulders of the saints. On the Sunday of the Saints of Russia, we find new shoulders to stand upon. The new martyrs and confessors of Russia are our contemporaries. They lived in the modern world with all of its appeal and demands, materialism, and hedonism. Even so, they confessed Christ and millions gave witness to the point of their physical death.

With the fall of the Soviet Union, the files of the former KGB were opened. The story there is a grim one. Representatives of the Russian Orthodox Church have been able to begin the process of listing these men and women so that they can be glorified. Sadly, many of them just disappeared with no record of what happened to them. Even more, the numbers are so great that the work will outlast the lifetime of the committee members. Hitler was a horror, but compared to Stalin and those who followed him, Hitler was a choir boy. The Holocaust did not end with the defeat of Germany.

Perhaps this very fact makes us feel some distance from these new martyrs. After all, living in America with our guaranteed freedoms and mighty military forces, such a death would never be a possibility for us. We know that there are faithful men and women being martyred for the Faith even as we read this blog, but we are secure that such a thing will not come near to us.

Though we may not be called to join the ranks of the martyrs, we can join the ranks of the confessors. A confessor is someone who survived persecution without denying Christ. You may object that you have never been persecuted for the Faith. Really? Was there ever a moment when you failed to cross yourself because you thought that someone would make fun of you? Was there ever a moment when you knew that you should stop the gossip or refuse to join, but you stayed and listened and laughed because you don’t want to be shunned or marked as a religious nut? These kinds of things are subtle, but it is persecution none the less.

To be a confessor is to be a friend of God. St. Paul spoke about this friendship when he said that it is “written on the heart.” What is written on the heart can never be denied. Denying the Lord would be like denying a beloved spouse. If I can deny my wife, then in fact, while I may have affection or even fondness for her, but she is not written on my heart.

I am sure that we do not mean to deny Christ, but something prevents us from giving witness to Him. This something is shame or fear. We don’t fear physical death in these compromising situations, but we fear being ostracized or shunned. We fear being alone. We fear what our confession will do to our business contacts. We fear that we will be labeled as a fanatic or even as a Pharisee and no one will want to have coffee with us. Maybe, it’s even simpler than that. Maybe we are afraid if our religion spills out of its Sunday slot into our weekday life, things might get tough. Well, life is tough enough already and we’ve seen those religious fanatics with their hyper-piety and arrogance.

We are worldly people and by that I don’t mean that we are committing major sins. I mean that the pace, cares, joys, entertainments, and concerns of life have consumed us. We are slaves to the attitudes and expectations of our peers. It is the subtle modern spirit of anti-Christ. I think the devil has learned that outright physical persecution only makes the Church stronger. After all, the blood of the martyrs is the seed of the Church. So, he has taken another line of attack. Faith is compromised by slow attrition – a little compromise here, a little there- until it is so weak it disturbs no one. King David said it so well when he spoke of how the Lord built a thick and powerful hedge around his vineyard (we are his vineyard). This hedge keeps out the big animals (I’m glad to say that in many confessions, the “big” sins have disappeared), but it is the little foxes who slip in underneath the hedge, and eat away at the vines, little by little, until the garden is devastated (sadly, so many in confession are devastated and laid to waste even though they know that compared to past, many of the big sins have passed away).

Take the time to make friends with the New Martyrs and Confessors of the present age. They know how to fight this modern and subtle spirit of anti-Christ, and they know how to become the friends of God in the face of it. Seek their intercessory prayers and assistance. We stand can stand on the shoulders of the giants of Russia- the New Martyrs and Confessors- and we will see farther and with greater clarity.

Holy Martyrs and Confessors of Russia, pray to God for us.