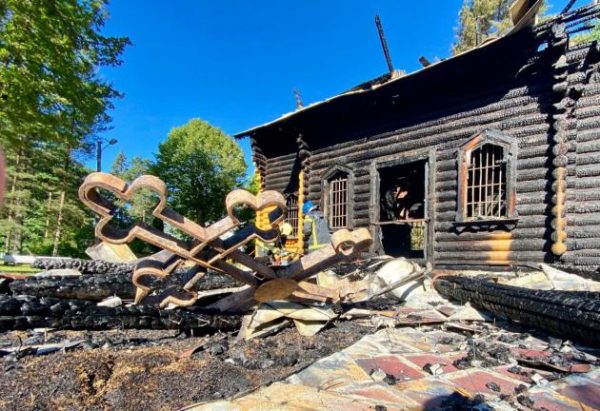 The Church of the Kazan Icon of the Mother of God burned down in Narva-Jõesuu, Estonia, on June 17, 2021. The fire completely destroyed the interior of the church building, damaged the walls, and the roof partially collapsed, reports the website of the Estonian Orthodox Church.

“The decoration of the church completely burned down. As there are suspicions of an arson, the police launched an investigation,” the report said.

As the rector of the church, Hieromonk Cornelius, told the Postimees, the old church had already been attacked by intruders: the last time it burned in February of this year – its altar, icons of the 18th century and the oak iconostasis of the 19th century were damaged. Video cameras were installed on the building, but they did not stop the arsonists.

The church in honor of the Kazan Icon of the Mother of God was erected in 1867 in Mereküla, in 1946-1948 it was transported in parts to Narva-Jõesuu. In the wooden church there were 105 artistic monuments, including a collection of objects of church art of the 19th century – icons, chandeliers, lamps, and liturgical utensils.

According to experts, the last fire caused extensive damage to the church. Only individual parts are subject to restoration.