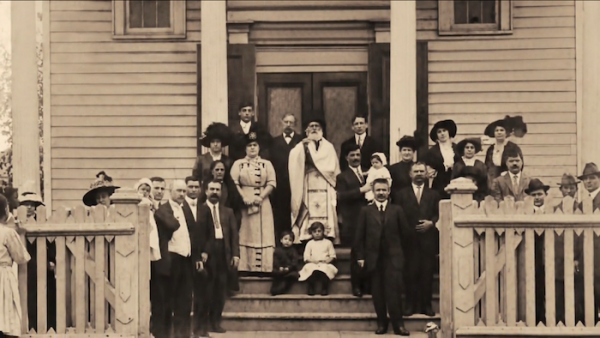 A new documentary by producers Christina Kogos and Laila Morcos Zissis and director Jason Rhein, entitled “Greeks in New Orleans: 150 Years of Holy Trinity,” premiered on WYES-TV/Channel 12 on May 7, honoring the birth of the oldest church in the western hemisphere, Holy Trinity, highlighting the Greek community’s presence in New Orleans since the mid-1700s.

The main goal of the film is to underscore the economical and cultural impact the community of the church had both on local and national level and the Greek immigrants’s conformation to the American Dream maintaining their Greek heritage, language and customs.

Rare family photos of the 20th century and beginning of the 21st century, which survived the deadly Hurricane Katrina in August 2005, are included in this Greek masterpiece along with various interviews.

According to Orthodox Christian historians, Saint Voukolos lived during the early Christian times and was the first Christian…

Most viewed articles
A Great Time to Join the Orthodox Church222
New Jersey Governor Signs Bill Legalizing Abortion Up To Moment of Birth89
The Way of Christ Is The Way of Love76
Metropolitan Hilarion: the Church and traditional confessions have done everything possible to improve the situation in Kazakhstan62
Brooklyn Street Co-Named for Antiochian Pastor Who Served a Half Century There61
First Church in the Antiochian Archdiocese Named for St. Xenia of St. Petersburg Prepares for Feast Day51
My World’s Different47
Patriarch Porfirije of the Serbia: Our Position on the Church Issue in Ukraine Has Not Changed15
4-400×6001
The Apostles’ Fast and Theology1
Most popular authors
Frederica Matthewes-Green222
Pravmir.com team128
Ryan Foley89
Fr. Theodore Stylianopoulos76
Peter Samore61
Protopresbyter Themistoklis Mourtzanos47