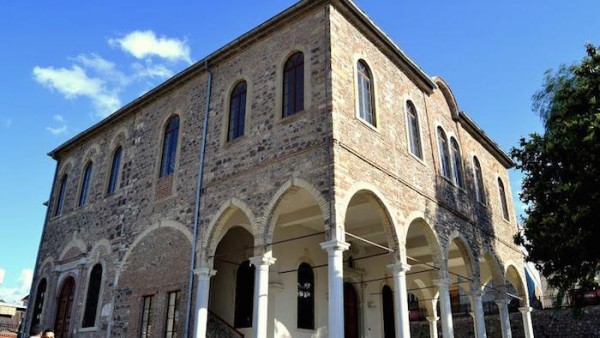 According to Orthodox Christian historians, Saint Voukolos lived during the early Christian times and was the first Christian bishop of Smyrna (present-day İzmir).

It is reported that he was ordained by Saint John the Evangelist and after his death, martyr Polycarp was appointed as his successor. It is believed that his tomb is located in the church’s courtyard while his memory is celebrated on February 6.

The historic church reopened its doors after extensive renovations and has since been attracting numerous visitors and locals, who hasten to tie pieces of cloth to the branches of the myrtle tree to make their wishes to the Saint.