Source: Greek Orthodox Metropolis of Denver
In our confused and evil world, how do we, as Orthodox Christians, eliminate from our lives our shortcomings, the sins of commission and the sins of omission? How do we expunge from our minds and our hearts those things that have brought about undesired and intolerable experiences, which consequently have brought on abnormal behavior on our part?
Metropolitan Isaiah of Denver | 02 November 2015 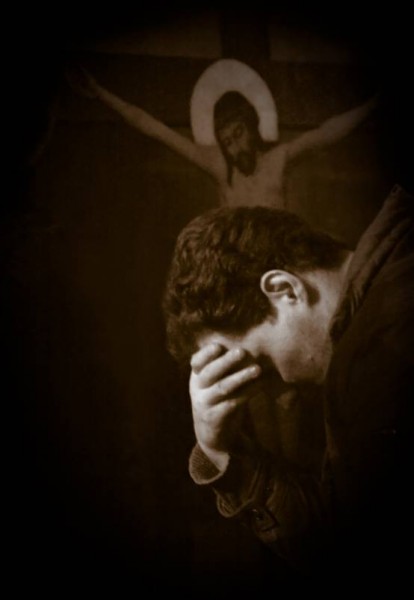 Having reflected on the behavior of people in today’s society, and comparing some of the behavior which has to do with one identifying himself with this world, on the one hand, with what Holy Scripture teaches, on the other, it is apparent that there is a wide gulf of separation and contradiction between the two. Although Holy Scripture focuses on how a person should relate to God, society teaches that a person should relate to the world and all its ramifications, in order to live a secure and pleasant life with all its benefits.

From the perspective of Holy Scripture, people prefer to live in darkness rather than to have the light of life which is the Lord Jesus Christ. The reason for this is that the forces of evil which emerge from Satan and his co-workers, the fallen angels, have dignified the lie as truth and truth as a lie. Saint Paul speaks on this when he writes that the days now exist wherein good shall be presented as evil, and evil for good. The people, he says, will exchange the truth for a lie.

This is why, when people use worldly knowledge, which is derived from this world, and which is contrary to the knowledge that comes from God, it is easy for them to rationalize human behavior, especially that which is not considered normal, and to give false explanations regarding its existence. Holy Scripture, saying that God’s foolishness is wiser than the wisdom of the world, regards much of today’s psychological and psychiatric empirical knowledge as missing the mark, and not finding the cause of many disturbances of the soul.

From the teachings of the Orthodox Church we believe that all misbehavior of one form or another is sin, meaning that it is contrary to the divine will.

For one to become godlike, if this is desired, one must attempt to live in conformity to the divine will, whether this is achieved or not. For, as Holy Scripture states, the attempt is equal to the accomplishment. This is the reason that Christ the Lord came into the world–to direct every person, who desires, to be like Him. Envy, anger, frustration, enmity, egotism, hatred of good and, especially, pride are the fruits of evil which come from Satan.

Many people have at times been sorrowful for saying and doing things which they had wished they had never done. Unfortunately, the fact is such behavior cannot be “taken back.” Even if they were to die, they could not undo what was done. Time does not go backwards, except in a film or a tape. Everything moves forward.

God, knowing this, provides a way, in His wisdom, for such misbehavior to be undone. Yet, it is not that He undoes anything. What He does is to eliminate the undesired things said and done by forgetting them. We in our finite state can never forget in totality. Only God Who is infinite can “wipe the slate clean.” Even though God forgave David the King of his sin, he still wrote down, “My sin is ever before me.” David knew that he could never undo what he had said and done. But he believed that God and only He could do this. 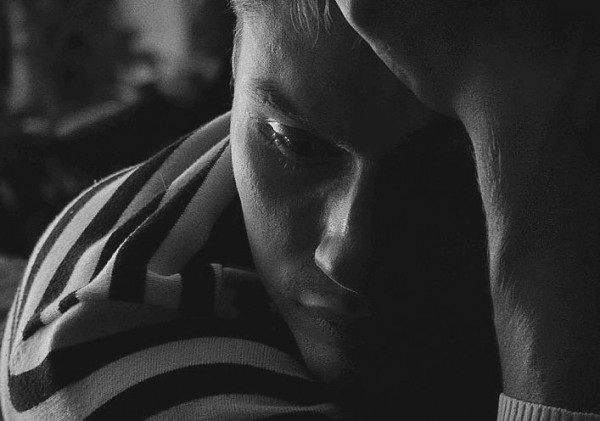 It is delusionary for one to think that one can back up an event in his life, whether caused by him or another, to a previous time when the event had not occurred. If this were possible Saint Peter would not have had to break down and weep bitterly for betraying Christ three times. He could never take back or undo what he had done. But, he believed that God would “blot out all my iniquities.”

How, then, does one eliminate those things in his life that weigh upon him, things said and done by him or another? Reiterating what was said above, only God can undo that which was grievous. It is God and only God Who wipes away all grievous behavior, all kinds of immorality and crime, all grievous acts which bring about sadness and tragedy. When He was dying on the Cross, the Lord Jesus Christ cried out to the Father, regarding those who had crucified Him, “Father, forgive them; for they do not know what they are doing.” Only God forgives; only God forgets; only God wipes the slate clean for a new beginning.

In our confused and evil world, how do we, as Orthodox Christians, eliminate from our lives our shortcomings, the sins of commission and the sins of omission? How do we expunge from our minds and our hearts those things that have brought about undesired and intolerable experiences, which consequently have brought on abnormal behavior on our part? There is only one way. Since, as we have said, time can never go backward, God provides the only means to eliminate those sufferings and setbacks in our lives. Saint Peter is one model of this. Even though he had greatly sinned, he went on to become one of the greatest Apostles. He succeeded in this because he knew that Christ the Lord had forgiven him and would never again remind him of the sin. The Lord had wiped away the sin of Saint Peter, since only God can do this. 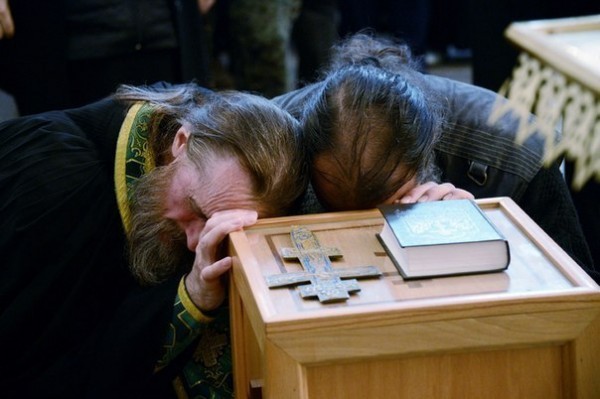 We, wrapped up with the false wisdom of this world, think that, by our own intelligence and with the assistance of the professionals who study human behavior, we can undo things that we want undone. This is the false pride that comes from the evil forces that tell us that we can perform this work. This falsehood is parallel to Satan’s statement to our progenitors when he told them that they would be like God if they partook of the forbidden fruit.

Since all unnatural behavior is the result of our human imperfection, it all falls under the category of error or sin.

We know from Holy Scripture that no one can forgive sins but God. Therefore, when one goes to God and presents to Him his problems, beseeching God’s correction and forgiveness, God not only forgives, but says in Holy Scripture that He “remembers our sins no more.”

Consequently, how does God eliminate those things in our lives which we try to forget or to erase through drinking, drugs, or by other delusional means? He tells us to confess to Him those things in our lives which bring about our sufferings through our private prayers and especially through the sacrament of Holy Confession. In this sacrament the prayer of absolution is read by the priest, who thereafter tells the penitent, “Go in peace.” The sins have all been wiped away through the prayer to God.

As long as we live, we have the opportunity of asking forgiveness for our sins, whether we blame them on others or on ourselves. All we have to do is to go to the church, seeking out the priest who sees himself as our spiritual father, and who willingly prays to God for His mercy and forgiveness, so that our lives may be renewed. When this takes place, we go forth once again into the world, fortified by God’s grace to start life anew with the confidence that God Who loves us will always be with us for our continued renewal and for our salvation.