“Repentance Is a Habit, A Way of Life” 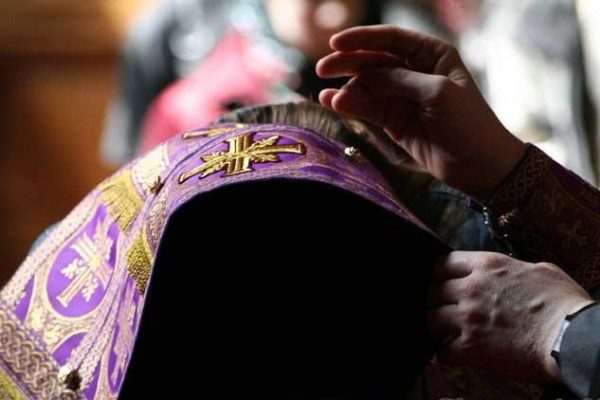 This month, I would like to address how often one should go to Confession. This is not an easy issue to discuss because depending on which Orthodox Church you go to, and who your parish priest is, there are a wide variety of expectations on Confession. As I said in the introductory note to you last March, some bishops and priests equate going to Communion with going to Confession. So, if you want to receive Eucharist every week, you must go to Confession every week. Some will say Confession is important but leave it up to the person to choose. Thus you end up with scenarios where some will receive Communion throughout their life having never received the sacrament of Confession. Another practice that people observe is to only go to Communion and Confession once a year. Here in America, since the early 1960’s, there has been an attempt to encourage more frequent participation in Holy Communion. This has been well received by the churches here. The only problem is that it doesn’t address the question of whether there is a relationship between going to Communion and receiving Confession.

Why is there such a diversity of understandings on the issue of frequency of Confession? I am not sure what the answer is here. I do know that when the Balkan Countries and many in the Middle East were under the rule of the Ottoman Empire, ongoing church education or evangelization was forbidden. This was also the case in Russia and its neighboring countries that fell under Communist oppression during most of the 20th century. Priests in many of the above areas were forbidden to hear Confessions. Many of the clergy were only educated in the rubric of doing the services and not in their understanding of them. Centers of education were closed. Some of these oppressive practices are still going on. In short people were not being properly prepared to be bishops priests and deacons. All of this could have affected the way Confession was understood and practiced among Orthodox Christians during that time. Those understandings and practices were then brought to the Americas in the early 20th century through immigration. 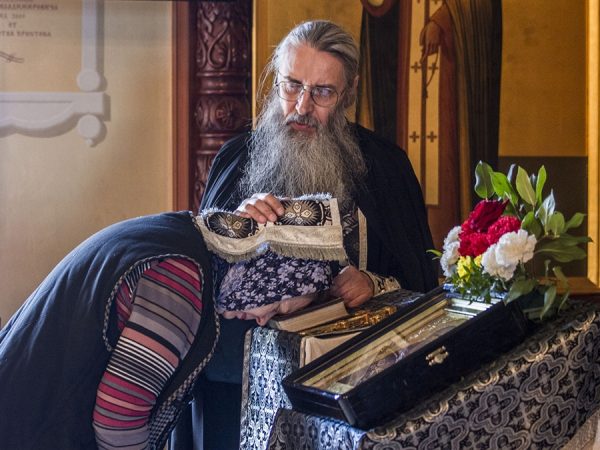 So what do I think? What are the guidelines I would ask the parishioners of St. George in Rossford to observe regarding frequency of Confession? First of all, I do not believe in extremes. The idea that one must go to Confession every week prior to receiving Communion every week is not something I am expecting this parish to do. On the other hand I also don’t think it is appropriate for people to receive Communion on a regular basis without any participation in the sacrament of Confession. Confession is something we should do periodically as a means to prepare for our Eucharistic life in the Church. As Christians we pray at every liturgy that we “complete the remaining time of our life in peace and repentance.” When I hear a Confession I tell the person confessing that we stand before the icon of Christ and that “I am only a witness bearing testimony before Him of all things which you say to me.” As a priest I need to be able to bear witness before Christ and His Church that I know the person who is coming to Communion to be someone who is repenting and striving to live the life of an Orthodox Christian. How can I bear witness to that if I don’t hear a person coming forward to confess their faith, and their sins in order to be reconciled with Christ and His Holy Church? Our faith and life in Christ is a dynamic reality and not a static obligatory one. “Growth in faith, life, and spiritual understanding” is a process of change. So as a priest I need to be able know the spiritual lives of the flock I have been entrusted with, so that when they receive Communion I can bear witness to the fact that those who come to Communion are repenting Christians who desire to grow in Christ. If someone is in the habit of coming to Communion on a weekly basis, I think it is important that they come to Confession more often. I think that they should come to Confession at least four times a year. Why the number four? Well we have four seasons of the year, and four church fasts during the year (Pascha, Advent, Dormition, Peter & Paul). If someone is unable to do that, then I would suggest trying twice a year (especially those who have not been in the habit of going to Confession at all). The Advent and Pascha fasts offer the opportunity to do that. Finally my intent here is to not present these guidelines to you in legalistic manner. I will always welcome anyone to the sacrament who needs to repent and seeks to return home as the Prodigal Son does in the parable. If people need to come to Confession more than four times a year please do so. Confession is something that is always available on an as needed basis!

I would like to now address those people in the parish who may not be in the habit of coming to Confession at all or very rarely. I really want to encourage you to rethink this habit you may have developed and to change it. Some may have the mindset that I will go to Confession only when I need to go. One may equate the need for Confession with having to do so if one commits a “major” sin such as murder, adultery or commits a felony. The thought is, “Since I haven’t done any of those things why bother with going to Confession?” My only answer to this is, we address our physical health needs, and maintain our cars and homes, better than we take care of our spiritual life! We make a point of getting our teeth cleaned twice a year and getting them X-rayed even if we don’t experience any problems. We see our family doctor once or twice a year for health check ups. We make a point of taking our cars in three or four times a year for oil changes, tire rotations, and brake inspections, even if there is nothing seriously wrong with the car. We fertilize and maintain our gardens and lawns several times a year. Why do we do these above things? (Among others I haven‘t mentioned.): To prevent worse things from happening later. If we don’t get our teeth cleaned regularly, bigger problems happen later on. If we don’t get our oil changed in the car regularly, bigger problems happen later on. Keeping a regular rule of going to Confession is like coming in for a spiritual health check up. We take a spiritual inventory of our lives to see where we are falling short and to come forward to publicly state that we still want to “get with the program.” The program being that I want to follow Christ and live by His rules and not by my rules! If we prepare for Confession properly (see last month’s newsletter), I find it hard to believe that people will not have anything to confess. 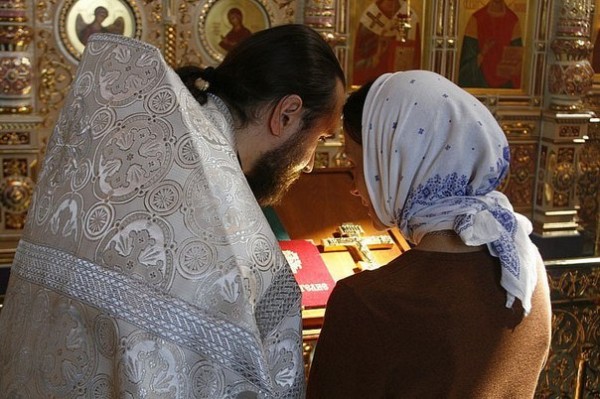 When we refuse to regularly partake of the sacrament of Confession, we run the risk of disconnecting our inner spiritual life from our public behavior. We end up compartmentalizing our lives living in two separate worlds. We adopt a form of “church behavior” that has little impact on our daily lives. The things that do impact on how we live have less do with church and more to do with other things that have become more important. In fact we begin to develop our own thinking about who God is and what a church should be like based on influences and experiences not rooted in the Orthodox Christian Tradition. I think this is especially a challenge for us who have grown up in the Orthodox Faith and sometimes have taken it for granted. It is like maintaining a form of religious behavior but never fully understanding and appreciating the substance of it. It is like admiring an expensive ornately decorated jar that has preserved fruit in it. We learn to admire the appearance of the jar and its decoration, but we have never tasted of the fruit that is in it. As Orthodox Christians we are always encouraged in the communion hymn to “Taste and see that the Lord is good.”

Confession offers the opportunity to break through the wall of pretentious Church behavior and bring us back to the reality of what it means to be “baptized into Christ.” The sacrament of Confession is necessary for our ongoing growth and maturity in Christ. The sacrament of Confession offers us the opportunity to discover the relevancy of the Orthodox Christian Faith and how it can help us encounter the world we are living in today. But like any medicine, we won’t be able to see the benefits of it if we don’t regularly take our medicine! Repentance is a habit, a way of life. Confession is the needed medicine to help us enter into that way of life. In the upcoming newsletters I will talk more about the moral lives we lead and how that impacts on preparing for and receiving Communion in the Church.

Prayer: How We Cultivate a Relationship with Jesus Christ

The Spirit and Baptismal Nature of Confession

When we think of`Confession, most of us think that it involves revealing our sins we have committed, expressing…

We Should Be Worried When We No Longer Hear the Noise of Children in Church!

There are different practices and viewpoints regarding child attendance at the Divine Liturgy. During my childhood I was…