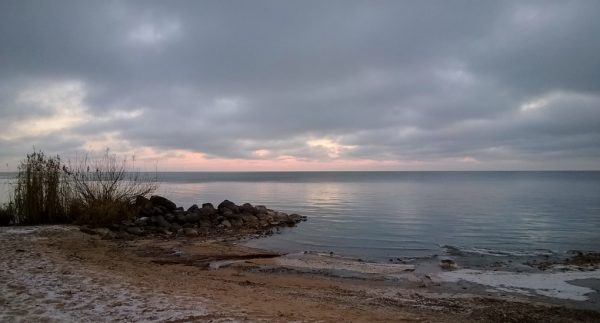 The foundation of a temple of the 15th century was found at the bottom of Lake Peipsi. In 1242 the famous Battle on the Ice took place there: the battle between the Russian military under the leadership of the Holy Prince Alexander Nevsky and the knights of the Livonian Order.

“The foundation of the church was discovered at a depth of about one meter. According to the chronicles, the age is the 15th century, the 1450s,” said Dmitry Subetto, Dean of the Geography Department of the Russian State Pedagogical University, reports Interfax Religion.

The scientist noted that during the expedition to the site of the Battle on Ice, its participants established that the depth of the lake does not exceed 2 meters. They also discovered separate deep ravines, and the foundation of the temple was found 1.5 km from the coast.

“When we decided to simulate what the research area looked like 800 years ago, if we deduct one and a half or two meters, it turns out that the territory was land,” explained Dmitry Subetto.

In the near future, the specialists plan to localize the place of the battle. Next year, they plan to drill lake sediments in order to determine the rate of their accumulation.

According to Mr. Subetto, the scientists plan to “carry out research works on small lakes near Lake Peipsi in order to reconstruct what paleoclimatic parameters were in that period of time, what the climate was and to describe that period”.