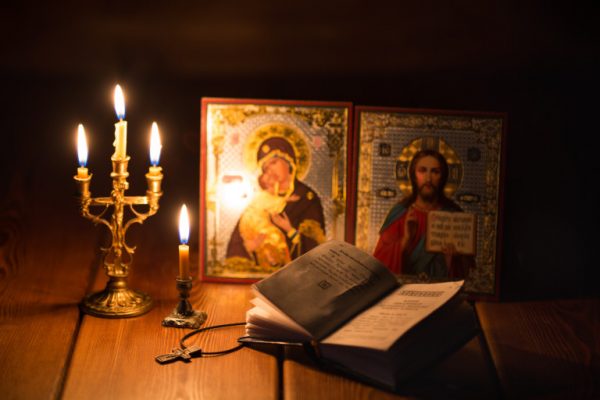 This is the main thing:

“Our religion is founded on spiritual experience, seen and heard as surely as any physical fact in this world. Not theory, not philosophy, not human emotions, but experience.”

I think that, for much of my life writing about eastern / Orthodox Christianity and ancient Christian spiritual disciplines, I have been going about it wrong, based on some inaccurate assumptions I had.

My main assumption was: Wow! Orthodox Christianity has preserved a way to actually become one with Christ! This is what I always wanted! Western Christians are going to love this!

One mistake was that Western Christians inevitably heard it as if I were saying, “Hooray for my church! My church is the best!”

When what I meant was, “Ancient Christians worked out a safe and effective way to cultivate awareness of the presence of God! It actually works! It’s been practiced continually in the East but kind of got lost in the West! Here’s how you do it!” Instead—inevitably, I realize now—it sounded like only “Rah rah my church!”

A followup question would be, “Well, do you have to become Orthodox to do it?”

And the answer is, “This is the heritage of all Christians. We all go back to the early church. Of course you can use whatever parts you want without becoming Orthodox, and you will benefit from them.

“I think you get the most from it when you do the whole program, without picking and choosing. When you choose the parts you like, they reinforce what you already think and expect, and don’t challenge you as much. I think you get more out of it if you become Orthodox and do the whole thing. But even if you don’t, you’ll get something out of it, sure.” I use the analogy of flowers in a vase, which are wonderful for brightening the beauty of a room, but eventually die because they’re not connected to their roots any more.

I think that was one problem, that I didn’t anticipate how difficult it is to communicate this subtle thing, about people being welcome to pick and choose parts of it, but knowing that it’s not the same as doing the whole thing. Like, if your doctor says you have to diet and exercise, and you do only diet or only exercise.

But the other thing I didn’t anticipate is even more surprising to me, that all Christians don’t crave more of an experience of Jesus in their daily lives. I thought everybody knows how intoxicating and overwhelmingly beautiful and joyous his presence is, and everybody would be eager to know more and practice this ancient way. To me, it was such an amazing discovery, that this “way” has been able to take root in all cultures all over the world, and been practiced for 2000 years. That shows it really works!!! It can work for anyone anywhere!!! Let’s get started!!!

See, not everybody wants that. Such a surprise. To me, union with Christ is the whole point of Christianity. Every other thing a person does is meant to flow out of that connection. Christ directs and empowers us every day, every moment; or rather, every moment that you pay attention, and the whole thing is about learning how to pay attention. How to discern the right, real voice of Christ, and how to follow.

(As you follow this way you begin more and more to see how the miraculous invades everyday life, if Christ is there present in you, present in the situation, bringing his life. Miracles fit right into the flow. Sometimes I say that, even though in a liturgical and historical sense you could say Orthodoxy looks like Catholicism, from another point of view you could say that Orthodoxy looks like Pentecostalism.)

The icon of the Transfiguration below, from about AD 550, at the monastery on Mt Sinai—that’s where we’re going. That’s Christ’s plan for us.

Anyway, that was the biggest surprise to me, that a lot of people really don’t crave union with Christ that much. Perhaps they see the Christian life as being about doing many different things, many different courses you can take, and “Prayer” is a required course for everybody, but not everybody keeps taking Prayer courses and eventually getting up to Prayer 401. But for me, like I said, union with Christ is the whole point of our life on earth, the whole point of the Incarnation. It’s as basic as breathing, and any other courses we take have to be grounded in listening to Christ, through the ability to hear and discern that we cultivate by means of prayer.

I’m repeating myself, but basically that’s it; I was surprised to learn (and it took me a long time to grasp this) that many Christians aren’t that interested in growing in union with Christ. In the West, that seems like something for over-emotional kooks, perhaps. Even though it happens independently of emotion, because it is happening in real life; like if it rains, it rains in real life, no matter what emotions you are having at the time. And a basic step of the path is getting self-control so that emotions don’t throw you around. It’s victory over emotionalism, because instead you’re watching and following Christ.

St. Nikolai’s quote above summed it up for me; it’s all about experience, actual real-life experience. It just took me a long time to realize that not everyone is interested in that. 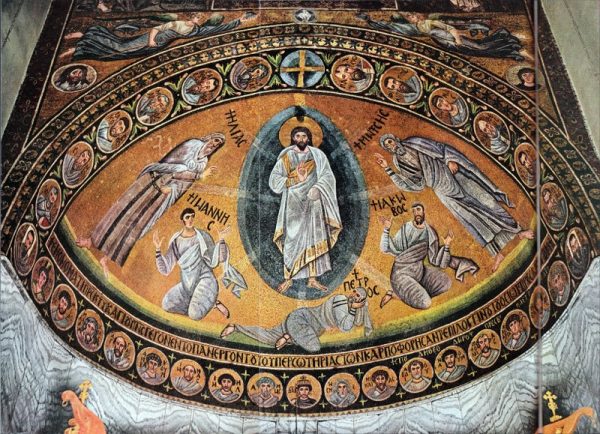 (Mosaic icon of the Transfiguration from the apse of the church at the Orthodox monastery on Mt Sinai, from abt AD 550)