Fund of St. Andrew the First-Called to Deliver Holy Fire to Moscow on April 18 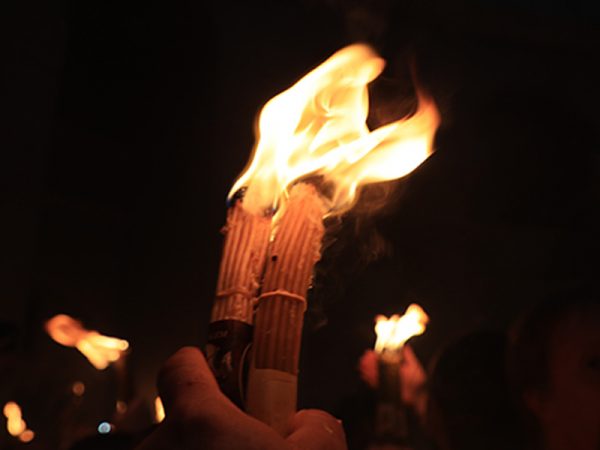 With the blessing of His Holiness Kirill, Patriarch of Moscow and All Russia, the Fund of St. Andrew the First-Called will bring the Holy Fire to Moscow from Jerusalem by the beginning of the Patriarch’s service in the Cathedral of Christ the Savior on Holy Saturday, April 18, reports the website of the fund.

It is noted that it will be the 18th time (since 2003) that the Holy Fire is brought to Russia from the Holy Land. The delivery of Holy Fire to other churches will only be possible after the cancellation of self-isolation regime.

“In 2020, we will organize the bringing of the Holy Fire under unprecedented conditions. The borders are closed, the flock cannot attend services at their churches. We take the decisions made by the Russian and Israel authorities with humility and understanding and we are bringing the Holy Fire to Russia in accordance with the established and approved rules and procedures,” said Alexander Gatilin, Head of the fund’s press service.

This year, in connection with the restrictive measures taken because of the pandemic, the fund’s representatives will not go to the Church of the Holy Sepulcher, where the Holy Fire appears, but will wait for it aboard a plane at the Ben Gurion Airport, where the lamps with the Holy Fire will be delivered by a Russian embassy official.

The organizers of bringing the Holy Fire drew the attention of believers to the fact that, due to the pandemic, the traditional welcoming ceremony will not take place at the Moscow airport. The delivery of Holy Fire to other churches will be possible only after the cancellation of self-isolation regime. The churches where it will be possible to obtain a particle of the Holy Fire will be announced later.

The fund recalled the recent words of Metropolitan Hilarion of Volokolamsk that the Pascha service would not be less blessed due to the fact that the Holy Fire would not be delivered by Pascha to every church. “Remember that for many centuries, Holy Fire was delivered to Russia months after Pascha, and was not brought at all in Soviet times,” the organizers said.