Great and Holy Friday: The Cross 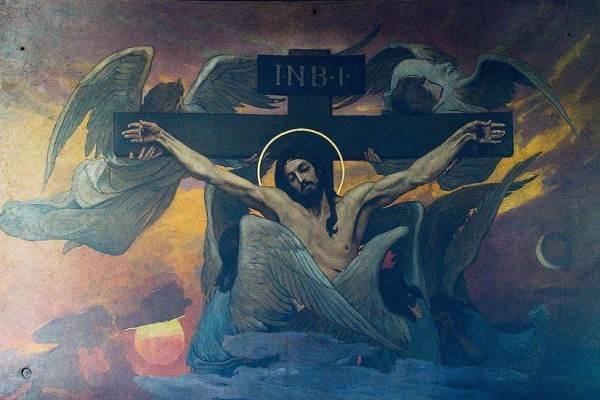 From the light of Holy Thursday we enter into the darkness of Friday, the day of Christ’s Passion, Death and Burial. In the early Church this day was called “Pascha of the Cross,” for it is indeed the beginning of that Passover or Passage whose whole meaning will be gradually revealed to us, first, in the wonderful quiet of the Great and Blessed Sabbath, and, then, in the joy of the Resurrection day. 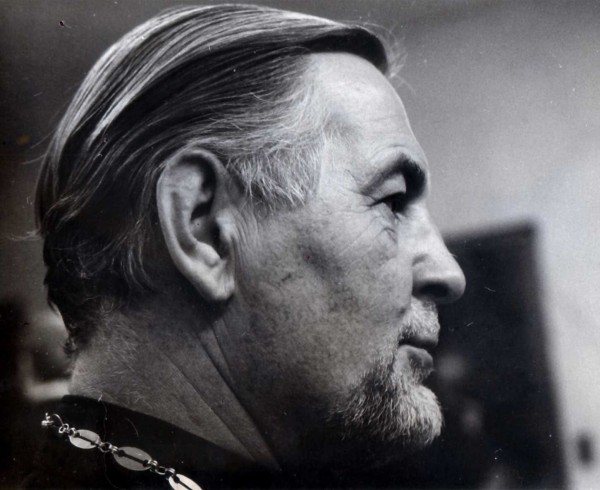 But, first, the Darkness. If only we could realize that on Good Friday darkness is not merely symbolical and commemorative. So often we watch the beautiful and solemn sadness of these services in the spirit of self-righteousness and self-justification. Two thousand years ago bad men killed Christ, but today we — the good Christian people — erect sumptuous Tombs in our Churches — is this not the sign of our goodness? Yet, Good Friday deals not with past alone. It is the day of Sin, the day of Evil, the day on which the Church invites us to realize their awful reality and power in “this world.” For Sin and Evil have not disappeared, but, on the contrary, still constitute the basic law of the world and of our life. And we who call ourselves Christians, do we not so often make ours that logic of evil which led the Jewish Sanhedrin and Pontius Pilate, the Roman soldiers and the whole crowd to hate, torture and kill Christ? On what side, with whom would we have been, had we lived in Jerusalem under Pilate? This is the question addressed to us in every word of Holy Friday services. It is, indeed, the day of this world, its real and not symbolical, condemnation and the real and not ritual, judgment on our life… It is the revelation of the true nature of the world which preferred then, and still prefers, darkness to light, evil to good, death to life. Having condemned Christ to death, “this world” has condemned itself to death and inasmuch as we accept its spirit, its sin, its betrayal of God — we are also condemned… Such is the first and dreadfully realistic meaning of Good Friday — a condemnation to death…

But this day of Evil, of its ultimate manifestation and triumph, is also the day of Redemption. The death of Christ is revealed to us as the saving death for us and for our salvation.

It is a saving Death because it is the full, perfect and supreme Sacrifice. Christ gives His Death to His Father and He gives His Death to us. To His Father because, as we shall see, there is no other way to destroy death, to save men from it and it is the will of the Father that men be saved from death. To us because in very truth Christ dies instead of us. Death is the natural fruit of sin, an immanent punishment. Man chose to be alienated from God, but having no life in himself and by himself, he dies. Yet there is no sin and, therefore, no death in Christ. He accepts to die only by love for us. He wants to assume and to share our human condition to the end. He accepts the punishment of our nature, as He assumed the whole burden of human predicament. He dies because He has truly identified Himself with us, has indeed taken upon Himself the tragedy of man’s life. His death is the ultimate revelation of His compassion and love. And because His dying is love, compassion and cosuffering, in His death the very nature of death is changed. From punishment it becomes the radiant act of love and forgiveness, the end of alienation and solitude. Condemnation is transformed into forgiveness…

And, finally, His death is a saving death because it destroys the very source of death: evil. By accepting it in love, by giving Himself to His murderers and permitting their apparent victory, Christ reveals that, in reality, this victory is the total and decisive defeat of Evil. To be victorious Evil must annihilate the Good, must prove itself to be the ultimate truth about life, discredit the Good and, in one word, show its own superiority. But throughout the whole Passion it is Christ and He alone who triumphs. The Evil can do nothing against Him, for it cannot make Christ accept Evil as truth. Hypocrisy is revealed as Hypocrisy, Murder as Murder, Fear as Fear, and as Christ silently moves towards the Cross and the End, as the human tragedy reaches its climax, His triumph, His victory over the Evil, His glorification become more and more obvious. And at each step this victory is acknowledged, confessed, proclaimed — by the wife of Pilate, by Joseph, by the crucified thief, by the centurion. And as He dies on the Cross having accepted the ultimate horror of death: absolute solitude (My God, My God, why hast Thou forsaken me!?), nothing remains but to confess that “truly this was the Son of God!…” And, thus, it is this Death, this Love, this obedience, this fulness of Life that destroy what made Death the universal destiny. “And the graves were opened…” (Matthew 27:52) Already the rays of resurrection appear.

Such is the double mystery of Holy Friday, and its services reveal it and make us participate in it. On the one hand, there is the constant emphasis on the Passion of Christ as the sin of all sins, the crime of all crimes. Throughout Matins during which the twelve Passion readings make us follow step by step the sufferings of Christ, at the Hours (which replace the Divine Liturgy: for the interdiction to celebrate Eucharist on this day means that the sacrament of Christ’s Presence does not belong to “this world” of sin and darkness, but is the sacrament of the “world to come”) and finally, at Vespers, the service of Christ’s burial the hymns and readings are full of solemn accusations of those, who willingly and freely decided to kill Christ, justifying this murder by their religion, their political loyalty, their practical considerations and their professional obedience.

But, on the other hand, the sacrifice of love which prepares the final victory is also present from the very beginning. From the first Gospel reading (John 13:31) which begins with the solemn announcement of Christ: “Now is the Son of Man glorified and in Him God is glorified” to the stichera at the end of Vespers — there is the increase of light, the slow growth of hope and certitude that “death will trample down death…”

When Thou, the Redeemer of all,

hast been laid for all in the new tomb,

Hades, the respecter of none, saw Thee and crouched in fear.

The bars broke, the gates were shattered,

the graves were opened, the dead arose.

Then Adam, thankfully rejoicing, cried out to Thee:

And when, at the end of Vespers, we place in the center of the Church the image of Christ in the tomb, when this long day comes to its end, we know that we are at the end of the long history of salvation and redemption. The Seventh Day, the day of rest, the blessed Sabbath comes and with it — the revelation of the Life-giving Tomb.

This is taken from the DRE publication Holy Week: A Liturgical Explanation from the Orthodox Church in America.