Holy Friday. The Price of Freedom from Sin 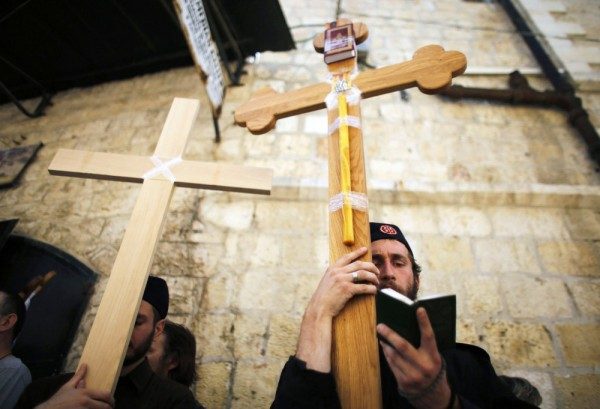 Today is Great and Holy Friday – the climax of the tragic events of the week.  The remembrance of the judgement, the crucifixion, and the burial of Christ.  God became Man because of what takes place today, so that He can be killed.  It is not possible to kill God, but since He became Man, He can accept death.  All attention is on the Sacrifice of Christ.  God-Man dies on the cross instead of the whole human race, and His death saves us from death. 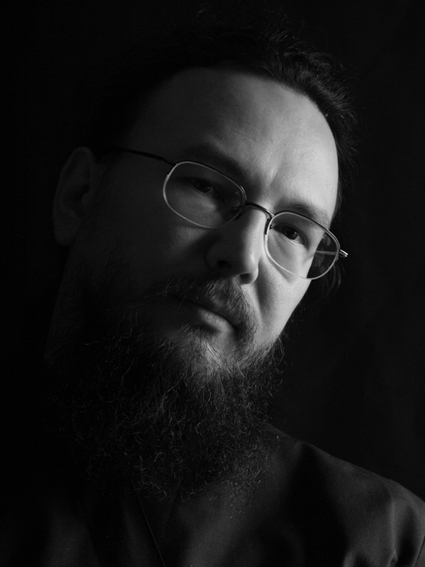 The idea of sacrifice by stand-in has existed in almost all religious cults since ancient times.  Sacrifice, which necessarily required the shedding of blood, is supposed to overcome the abyss between the sinful man and the holy God.  Thus, the sacrificial animal became a kind of ransom, or substitute.  Before stabbing it, a man would lay his hands on the animal as though saying, “This is me!  I deserve to die for my sins, I admit.  I cannot come near You.  But, oh Lord, instead of my own blood I bring You the blood of this lamb and beg Your forgiveness.”

Pagan nations believed that the greatest sacrifice that could help resolve the most difficult problem was the sacrifice of the king’s only heir.  The Old Testament decisively rejected all those horrible human sacrifices.  But today God Himself offers His Only-Begotten Son as a sacrifice for the salvation of the human race.

It is extremely difficult for us to understand why it was impossible to forgive and cure Adam’s offence in a different way. But sin really is very serious.  The price of sin is death.  It is like an avalanche caused by a carelessly thrown stone.  But God took this avalanche upon Himself to protect man from it.  He did not want to simply cancel this avalanche, voiding the chain of cause-and-effect.  For even Christ did nothing purposefully to ascend upon the Cross.  The world imbued with sin pushed Him out as a foreign substance, as water pushes out a ball filled with air.  In this fallen world, true, genuine goodness can lead nowhere except the Golgotha.  However, from now on, every single person who ascends the Golgotha sees they are no longer alone.  Christ ascended it first and assumed everything that was hardest and most terrible upon Himself.

Today, on the Cross, God destroys sin in a manner that is a completely different from how we usually try to counter evil.  He does not fight back, He receives it inwardly, and evil falls apart and ceases to exist.  Everything that a person stumbles across every day – the fear of death, the fear of suffering – ceases to be an unsolvable problem in Christ.

From now on, Christ is our Leader, and from behind His back we need no longer fear the devil, no matter what dirty tricks he uses to confound us, no matter what apparent power he uses to try and force us to accept the totality of his power.  From now on, we hold in our hands the flag of salvation, the Cross of Christ.  Not a magical sign, but the image of our God, the testimony of His love for us.  How important it is to constantly keep in mind the price that was paid for our freedom from sin! 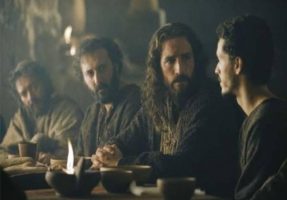