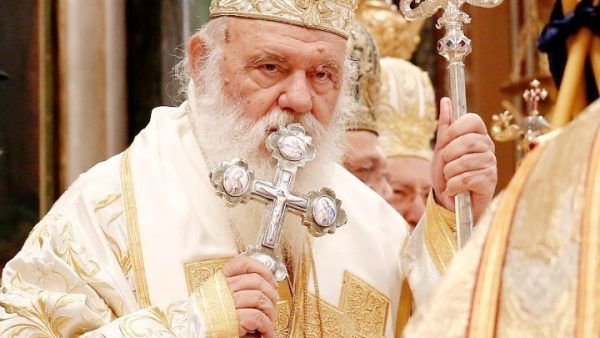 Archbishop of Athens and All Greece Ieronymos. Photo Credit: AMNA

Archbishop Ieronymos of Athens and the Holy Synod of the Church of Greece sent a letter to the Minister of Education, Niki Kerameus, asking her to allow the clergy to normally perform the Divine Liturgy and the religious services behind closed doors, reports Orthodox Times.

“This will greatly facilitate the sacred mission of the Church, which has the obligation to ask and pray for the health of that prudent flock, and will also play a decisive role in keeping the laity calm,” Archbishop Ieronymos wrote in his letter. Moreover, the Archbishop made special mention of the temples located in the country’s hospitals that also remain “silent”.

In the letter, the Church of Greece, through the Archbishop, requests authorization to perform the Divine Liturgy at the monasteries where people live anyway in a communal way.

He also highlighted that the funerals must be allowed to be held in temples outside cemeteries as in many parts of the country cemeteries do not have temples.

Reference is also made to the online broadcast of liturgies.