Source: Basilica.ro
The Orthodox Church could soon know the joy of a new saint among the hosts of millions who have already been revealed as holy God-pleasers.
Pravmir.com team | 31 August 2019 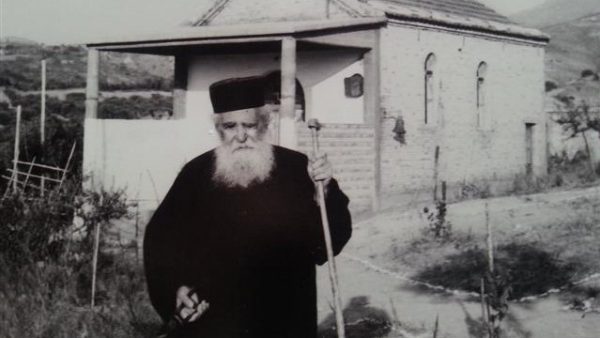 Having examined the documents, the Committee reported on the matter to the Holy Synod, which will now submit the canonization file to the Patriarchate of Constantinople.

Fr. Gervasios is one of the most prominent religious and cultural figures in the 20th-century history of Patras. He reposed in the Lord 55 years ago in 1964.

The beloved pastor was born in the village of Nymphasia on January 1, 1877. Having strong faith from childhood, he entered the novitiate at the Holy Dormition-Kernitsa Monastery at the age of 13.

In 1897, he arrived at the Monastery of the Dormition-Girokomeio in Patras, where he remained until the end of his life. He was tonsured as a monk at the age of 26. In 1905, he graduated from the Rizarios Seminary, where he became a spiritual child of the great St. Nektarios of Aegina. He was ordained as a priest at the age of 33, and four years later he defended his doctoral thesis at the Faculty of Theology.

He served as a chaplain during the Balkan Wars in 1912-1913. After the Asia Minor catastrophe of 1922, Fr. Gervasios stood closely with the 7,000 refugees who settled in Patras.

His philanthropic activity, his gentle presence, and his self-sacrificial and untiring ministry made Elder Gervasios a true model of a cleric and Christian. He was instrumental in reviving the Orthodox life among young and old, especially through his catechetical schools.

He reposed in the Lord on June 30, 1964 at the age of 87. At his burial, the people zealously proclaimed him a saint, as they did again at the translation of his relics in 2014, which are now housed at the Church of St. Paraskevi at the Anaplastiki School in Patras, founded by Elder Gervasios.