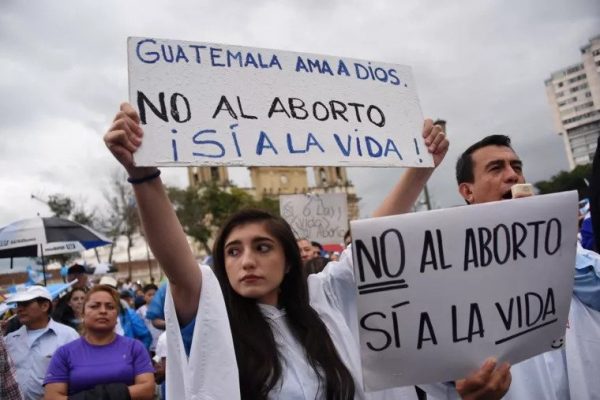 The President of Guatemala has declared that his country will officially become the pro-life capital of Latin America early next year, reports the Christian Post.

In his speech at the Institute for Women’s Health event, Giammattei elaborated on his passion for the pro-life movement and announced that Guatemala would be declared the pro-life capital of Ibero-America on Mar. 9, 2022: “Every individual deserves to have their lives protected, from conception to natural death. … It is totally false that abortion is a human right. Any effort to try to impose abortion in a country is undue interference in international affairs.”

“We seek to protect life and to prevent interference,” he added. “We do not approve of abortion because of my faith but also my profession as a medical doctor. Life should be protected from conception.”

Most viewed articles
As the End Draws Near – Silence163
How Can We Evangelize Today?143
A Stone Thrown at God and Your Neighbor114
Metropolitan Onuphry: “The Key to the Doors of Paradise is Repentance”86
Hierarchs of Three Local Orthodox Churches Concelebrate in Argentina76
Trial of Politician Defending Traditional Marriage Begins in Finland72
Patriarch Daniel prays for Romania’s national unity, peaceful coexistence and dignified cooperation with other peoples40
Most popular authors
Pravmir.com team234
Archpriest Stephen Freeman163
Frederica Matthewes-Green143
Protopresbyter Themistoklis Mourtzanos114
Aurelian Iftimiu40