"Yes, there are issues. But they can and must be resolved. But not through bloodshed," the Metropolitan believes.
Pravmir.com team | 13 August 2020 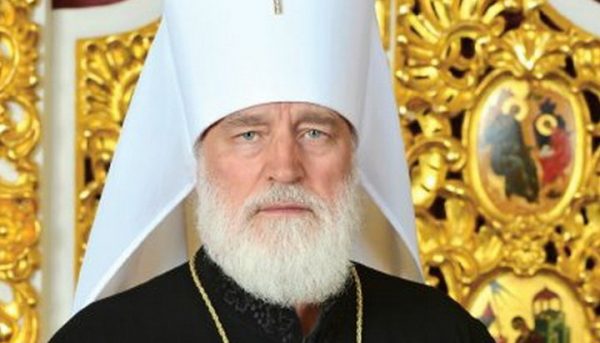 Metropolitan Paul of Minsk and Zaslavsk

Metropolitan Paul of Minsk and Zaslavsk, Head of the Belarusian Orthodox Church, said that he would meet with representatives of the authorities to discuss a peaceful solution to the current situation that arose after the presidential elections in the country, reports Interfax Religion.

“I will meet with representatives (of the authorities),” he said at a press conference in Minsk on Wednesday, answering a question from journalists whether the Church will participate in resolving the current situation.

“But solving this problem is the task of the secular authorities,” the metropolitan emphasized.

He also urged both protesters and law enforcement agencies to have dialogue. “I appeal to the defenders of our Fatherland, so that they measure their strength and their responsibility in relation to those who are looking for a path, but do not know how to take this path,” the metropolitan said.

In addition, he urged those “who came to Belarus to show off” to return home. “Return to your homes, leave the Belarusian people the right to decide for themselves how to choose their life, how to live further,” said Metropolitan Paul. “I also appeal to the parents of children who are out on the barricades: think [about it], talk to your children. There is a way, the way of peace and harmony.”

“Yes, there are issues. But they can and must be resolved. But not through bloodshed,” the Metropolitan believes.

Unauthorised mass protests have been going on in Belarus since Sunday evening, when the first election results showed President Alexander Lukashenko securing his sixth term with over 80 percent of the vote, and the opposition challenged the outcome.

During the protests, one person was killed and more than two hundred were hospitalized. Over 6 thousand people were detained on August 10-12.