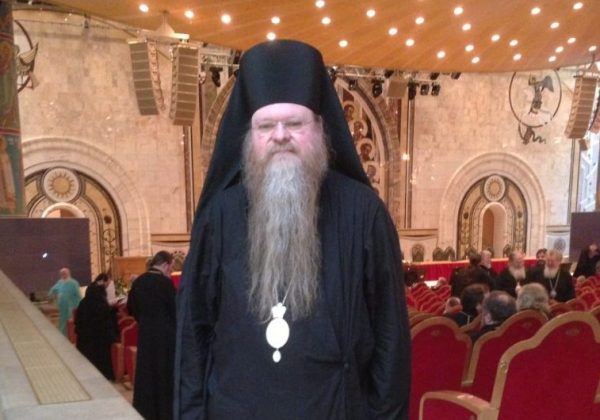 Yesterday, on the feast day of the Ascension of the Lord, His Eminence Archbishop Agapit of Stuttgart, Vicar of the German Diocese, reposed in the Lord.

Baptised as Alexander, the future Archbishop Agapit was born in Germany on 29th September, 1955. He completed his schooling in Franfurt-am-Main and went on to study at the department of architecture in Darmstadt. In 1979 he entered the brotherhood of St Job of Pochaev in Munich, where he was tonsured a monk on 29th March 29. On the 25th of December in the same year, he was ordained Hierodeaco; and on 8th April 1991 he was ordained Hieromonk. In 1995 he was elevated to the rank of Abbot.

In October 2000, the Holy Synod of Bishops elected Abbot Agapit to the episcopacy. His consecration as Bishop took place on 30th April 2001 at the Cathedral of the Holy New-Martyrs and Confessors of Russia in Munich, Germany, performed by then-Archbishop (and future Metropolitan and First Hierarch) Laurus of Syracuse and Holy Trinity, Archbishop Mark of Berlin, Germany and Great Britain, Archbishop Hilarion of Sydney, Bishop Eutychus of Ishim and Siberia, and Bishop Ambroise of Geneva.

Apart from his duties as Vicar of the German Diocese, then-Bishop Agapit served for a time (until 2006) as Vicar to Bishop Ambrose, in the role of Administrator of the ROCOR parishes in Belgium, the Netherlands, and Luxembourg (now part of the Diocese of Great Britain and Western Europe). He was elevated to the rank of Archbishop by a decision of the Sobor of Bishops in 2017.

Archbishop Agapit will be remembered for his long and devoted service as Vicar of the German Diocese, for his joyful countenance and love for the monastic life. May he be granted the Heavenly Kingdom, and may his memory be eternal!