His Holiness Patriarch Kirill: Mamonov Opened the Beauty of Orthodoxy to His Contemporaries 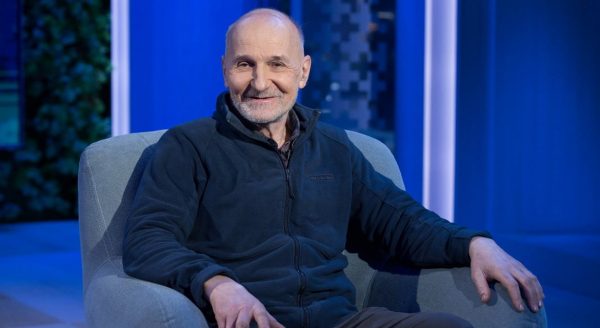 His Holiness Patriarch Kirill of Moscow and All Russia expressed his condolences on the death of Peter Nikolaevich Mamonov. The famous actor and musician died on July 15, 2021, at the age of 71, from complications caused by the coronavirus infection.

In his condolences, His Holiness Patriarch Kirill called the death of Peter Nikolaevich a great tragedy for the national culture and for millions of connoisseurs of his work.

“The deceased was an unusually talented person, endowed with bright charisma and a subtle sense of beauty. He went through a difficult path of spiritual development, but, having once overcome a serious internal crisis, Peter Nikolaevich rethought his life and tried to do everything to be worthy of a high Christian vocation,” the Primate of the Russian Orthodox Church emphasized.

“Perhaps it was thanks to this valuable spiritual experience that he subsequently succeeded especially in images in which a strong religious feeling was expressed,” said His Holiness Patriarch Kirill.

According to His Holiness, the film “The Island” was a real shock for many, in which “Peter Nikolaevich, in the image of the monk Anatoly, showed the transforming power of repentance, revealed to his contemporaries the beauty of the Orthodox faith and helped them to join the church tradition”.

“In the language of art, the deceased unobtrusively and talentedly spoke with the audience about eternal themes: about life and death, about the meaning of being and the value of good, about the inner struggle and the importance of following the voice of conscience,” added the Patriarch.

“I pray to the Merciful Lord that He would accept with love the soul of the newly departed Peter, who in his temporary life so longed for the Source of all Light, forgive him voluntary and involuntary sins, accept him in the Heavenly Abodes, where the righteous will rest, and would strengthen all those who grieve over his death and comfort them,” His Holiness Patriarch Kirill concluded.

In the 1980s, P.N. Mamonov gained fame as the founder and leader of the musical group “Sounds of Mu”. The great popularity of P.N. Mamonov as a film actor brought, in particular, the role of Father Anatoly in P.S. Lungin’s drama “The Island” (2006). The film has won many awards, including church ones. In November 2006, the filmmakers were received by His Holiness Patriarch Alexy II. In 2009 P.N. Mamonov, together with Archbishop Hilarion (Alfeyev), took part in the recording of an audiobook – “The Spiritual World of St. Isaac the Syrian.” On the eve of his 70th birthday, Peter Nikolaevich became a guest of the author’s program of V.R. Legoyda “Parsuna”, which was shown on the TV channel “Spas” in March 2021.