Holy Cincture of the Theotokos Arrives in Voluntari, Romania 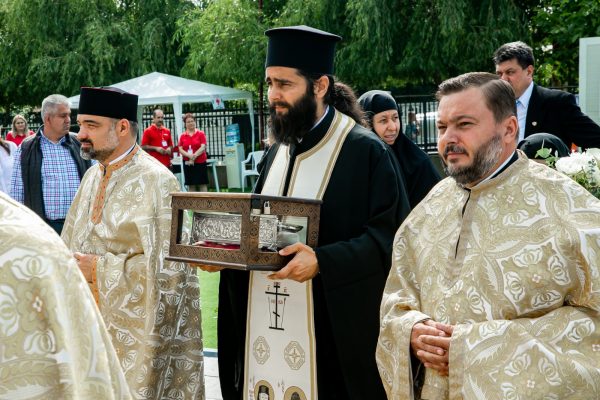 The reliquary with a part of the Holy Cincture (Holy Belt) of the Mother of God from Kato Xenia Monastery arrived at St Parasceva Church in Voluntari on Thursday morning, May 30.

The delegation from Greece was welcomed by Fr. Cristian Burcea, dean of Ilfov Nord Deanery, in the presence of many believers.

The Holy Girdle will be placed for veneration until Sunday, June 2.

According to the Church tradition, the Mother of God entrusted Her Garments to Apostle Thomas. They were kept on the Holy Land until the 4th century.

Under the Byzantine Emperor Arcadius (395-408), the relic was solemnly translated to Constantinople, and on September 13 (August 31 according to the old calendar) placed at the Church of Blachernae.

After numerous miracles had occurred from this relic the event of Placing (of the Girdle of Holy Theotokos) became a universal Christian feast.

In 1522, during a major epidemic of plague, the Kato Xenia Monastery received two parts of the Holy Girdle.