Source: Glory to God for All Things
In my experience, devotion to the Mother of God comes very slowly for converts to the faith. Five hundred years of Protestant thought have created a Christianity in which Mary has little place other than on Christmas cards and in badly produced movies.
Archpriest Stephen Freeman | 26 November 2018 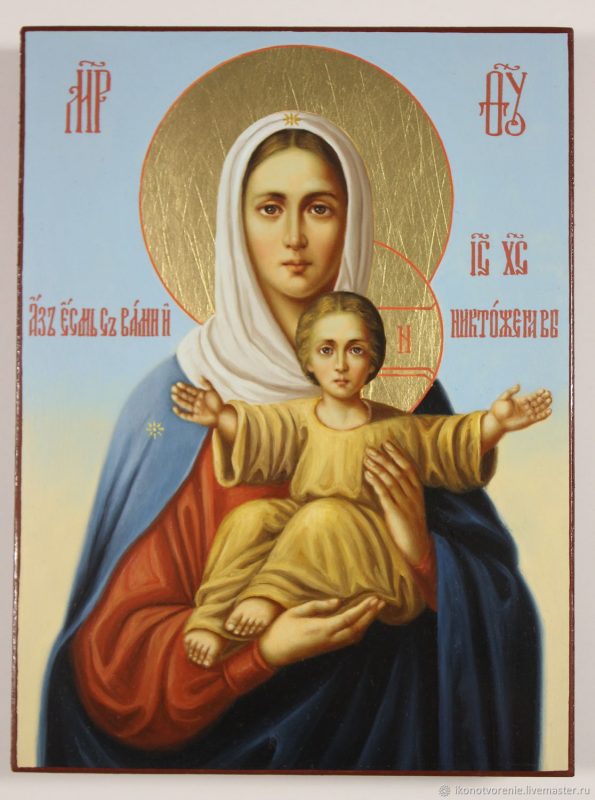 The first time I offered prayers to Mary I had a panic attack – literally. I was in college and my best friend had become Roman Catholic. We argued a bit, and he won (mostly). It resulted in my return to Anglicanism, to the “high” side. So, like a good high churchman, I got a rosary and a book, and started my prayers. Then came the panic attack.

Many Protestants are viscerally opposed to Catholicism. It’s in their heart and bones. I had no idea at the time that my bones (and heart) were as firmly orange as they seemed to be (let the Irish explain). My experience showed me otherwise. But, theology wins. I spent the next nine months reading about Marian devotion and early Christian practice. After that long “cooling-off” period, I picked up my rosary and gave it another try. No panic. I’ve never looked back.

Western devotions to Mary have forms that differ from Orthodox practices, and I’m not at all sure that the Western, Catholic understanding is the same (I’ll admit that I don’t know). My Anglican use of the rosary and devotion to Mary, which largely followed Catholic practice, certainly made my conversion to Orthodoxy ever so much easier. Indeed, her presence in the text of an Orthodox service far exceeds anything you’ll ever see in Rome.

The Orthodox veneration of the Mother of God is grounded in its understanding of salvation. As such, the veneration of Mary is an expression of the most foundational doctrine of the faith. This is generally misunderstood by the non-Orthodox for the simple reason that they do not understand salvation itself. Salvation is about a union or communion with God. It is a participation in the very life of God. We were created for this communion, breathed into us in the act of our creation. Through sin, we have broken that communion and become subject to death and disintegration.

Christ, in becoming a human being, united Himself to our human nature. He suffered death and was buried. But in His death, because He is also God, He tramples down death and rises from the tomb. Our human nature is raised with Him. When we are Baptized, the Scriptures say we are Baptized “into His death and raised in the likeness of His resurrection.” In Holy Communion, we eat His very Body and drink His Blood, a true communion and participation in His life.

When this fundamental doctrine is understood, Mary’s role in history and her place in the Church become clear. Christ does not enter her womb as though it were a borrowed space. The Creed says, “He took flesh of the Virgin Mary.” Christ’s humanity is not a separate creation, but “bone of her bone, and flesh of her flesh.” She is truly His mother.

The Scriptures recognize this in various ways. In particular, when Mary brings the Christ Child to the Temple on the 40th day, the Prophet Simeon prophesies the coming sufferings of Christ and adds, “…and a sword will pierce your soul as well.” This is far more than saying, “It will make you unhappy.” In Christ’s suffering on the Cross, Mary suffers as well. This is because of the peculiar union that was their relationship from the beginning.

Christians describe the life of salvation as “beholding Christ face to face.” Mary would have done this quite literally numerous times a day for nearly three years as she nursed Him. In St. John’s gospel, at the Wedding in Cana, there is a level of communication between mother and Son that transcends words.

At the wedding feast, she comes to her Son and says, “They have no wine.” She does not ask Him anything. His response is frequently misinterpreted. He says, in the Greek: “Tί ἐμοὶ καὶ σοί,” (Jn. 2:4). (“What is this to me and you?”) It is a very strange phrase in the Greek, but is a direct quote from the widow of Zarephath when she is speaking to Elijah about the death of her son (1 Kings 17:18). Christ is warning His mother that “it is not my time.” But, if He acts in helping with this wedding and its wine, it will set in motion something that cannot be stopped – His kairos – His time. And when His time comes, she will be like the widow of Zarephath, a widow whose son is dead. All of this is contained in this tiny conversation of but a few words.

Her response is equally terse, “Do whatever He tells you.” This is similar to her first words to the angel, “Let it be to me according to your word.” She is ready for what will take place, including its most fearful consequences.

But all of this can only be rightly understood if we remember the nature of the union between mother and Son. It is also a union that will be our own salvation. Christ has become what we are by nature, that we might become what he is by grace. This is the great “exchange.”

Orthodox prayer gives expression to this communion. St. Paul says that the Holy Spirit prays within us saying, “Abba, Father” (Gal. 4:6). Those words are the words of the Son (the one says, “Abba”). We do not pray as strangers, but as members of the household, now emboldened to speak with the very voice of the Son of God. It is this same voice that speaks of Mary as “Mother,” and gives her honor. That honor, or veneration, is the expression of love. Just as she loves Him, so she loves us.

In my experience, devotion to the Mother of God comes very slowly for converts to the faith. Five hundred years of Protestant thought have created a Christianity in which Mary has little place other than on Christmas cards and in badly produced movies. English translations of the Scriptures often butcher Marian passages conveying false images.

The Wedding at Cana passage cited above is frequently rendered: “What do I have to do with you, woman?” which is simply inaccurate. It gives the impression of disrespect, as though Mary were being a bother to her Son. What is deeply lacking is the spiritual consciousness rooted in salvation through union with Christ. None of the doctrines expressed in the Great Seven Ecumenical Councils make any sense apart from that awareness. Put simply, it is how both the Scriptures and the early Fathers understand our salvation. Union (communion, participation) is the fundamental grammar of Christian teaching.

In our devotional life, this is expressed in the communion of saints, our prayers that gather all together in union with Christ:

Commemorating our most holy, most pure, most blessed lady, Theotokos, and ever-virgin Mary, and all the saints, let us commend ourselves and each other, and all our life unto Christ our God.”

On the personal level, the experience of the Church has taught us private devotions as well. Within those, we begin to discover the mystical bonds that only such devotions reveal. Years ago, in a reference I have long since forgotten, I read a quote in which St. Seraphim of Sarov said, “There are things about Jesus you cannot know until His mother tells them to you.”

This part of the Orthodox life is difficult to describe. It is a perception of Christ, though with a greater fullness, one that extends into the persons of the saints. In Mary, that person encompasses an intimacy with Christ that is without equal. In my own experience, this intimacy includes the depths of her maternal love, for her Son, and for all creation.

The absence of Marian devotion and awareness has created a Christianity with an absence of the feminine. I do not suggest that Mary is a cipher for an abstract universal, or of a “divine femininity,” but it is simply bizarre to have a Christology that speaks of the “humanity” of Christ that is somehow devoid of a human mother (for all intents and purposes). Orthodox Christology begins its formal expression in the 3rd Ecumenical Council in which the largest and most central question was Mary’s title of “Theotokos” (Birth-Giver of God). Classical Christology began with consideration of Mary.

The most egregious example I have ever encountered of anti-Marian sentiment is a treatment in which she is seen as a mere “container” for Christ. It is an insult to every woman who has ever borne a child.

I offer no speculation as to the damage done to Western culture by a distorted Christology. Secularists would argue that Christology has nothing to do with our cultural constructs: such is the ignorance of our own foundations. Secular modernity is built on the foundation of a distorted version of Christianity. We are children who deny our parents, imagining that we have created ourselves.

Now that is a cause for panic. Holy Mother of God, pray for us.

Most viewed articles
Hierarch from North Macedonia Gives Advice to the Ukrainian Orthodox Church104
Patriarch Kirill: We In No Way Question the Healing Power of the Holy Mysteries of Christ!94
Participating in God’s Vision89
Can God Break A Promise?88
Lessons from Saint Mary of Egypt81
First Orthodox Prayer Book in Portuguese Published in Portugal79
Patriarch Kirill: Faith in the Lord Gives Us the Ability to Distinguish Between Good and Evil77
Ethiopian Patriarch Thanks Patriarch Kirill For the Support During the Persecution73
Representative of Russian Patriarch Delivers Rehabilitation Facilities to Children in Syria34
Sunday of the Samaritan Woman4
Most popular authors
Pravmir.com team461
Priest Dustin Lyon89
Fr. James Guirguis88
Justin Doty81
Archpriest John Moses (+2019)1