Source: Basilica.ro
The Holy Synod of the Romanian Orthodox Church held its first working session this year under the chairmanship of His Beatitude Patriarch Daniel at the Synodal Hall of the Patriarchal Residence in Bucharest on February 13, 2020.
Aurelian Iftimiu | 16 February 2020 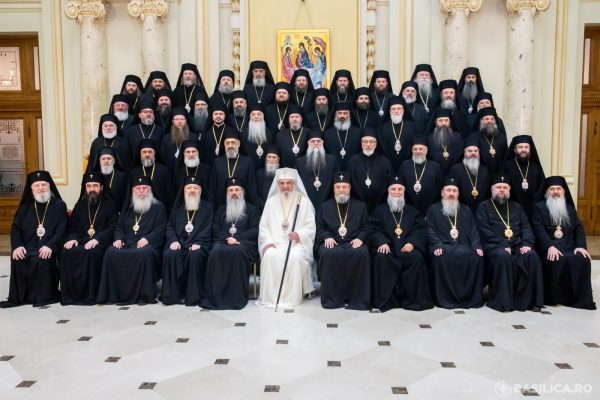 Furthermore, the Holy Synod indicated its agreement with the granting of autocephaly for the entire Orthodox Church in Ukraine (not just a part of it), but this can only be achieved by the agreement between the Ecumenical Patriarchate and the Moscow Patriarchate and by pan-Orthodox consensus.

Since at the fraternal meeting in Amman the participants will discuss ways of reconciliation and restoring the Eucharistic communion between some sister autocephalous Orthodox Churches, and in order not to interpret the Amman meeting initiated by the Jerusalem Patriarchate as a Synaxis of the Primates of the Orthodox Church, the Holy Synod resolved that the Romanian Orthodox Church should not be represented by the Patriarch of Romania, but by a delegation of the Romanian Patriarchate.

This participation of the Romanian Orthodox Church in the fraternal meeting in Amman is motivated by the fact that all the autocephalous Orthodox Churches have the responsibility to work together for the maintenance, defence and promotion of the Orthodox dogmatic, canonical and Eucharistic unity, according to the Gospel of Christ and the Sacred Canons.