Pan-Orthodox Council May Take Place in Jordan in February 2020

This month was suggested by His Beatitude Patriarch Theophilos III of Jerusalem.
Pravmir.com team | 19 December 2019 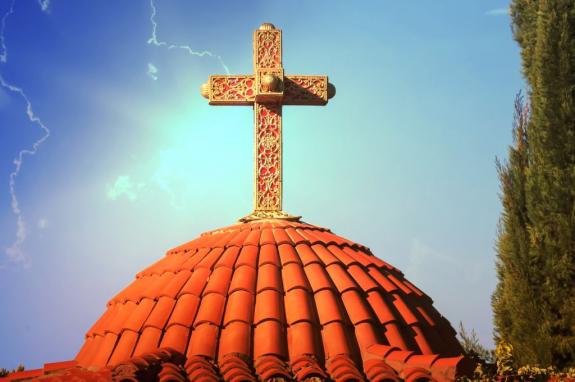 His Beatitude Patriarch Theophilos III of Jerusalem proposed hosting a Pan-Orthodox Council in Jordan in February 2020. This information, that first appeared in social media, was confirmed by Archpriest Nikolai Balashov, Deputy Chairman of the Department for External Church Relations of the Moscow Patriarchate, reported Ria.ru.

“Indeed, this month was mentioned in the proposal of the Patriarch of Jerusalem. He did in fact offer to consider the possibility of holding such a meeting in February,” said Archpriest Nikolai Balashov.

When he was asked if this council actually takes place, the archpriest answered, “We will see what the reaction will be like.”

In November 2019, during his stay in Moscow, His Beatitude Patriarch Theophilos III suggested hosting a meeting of primates of Local Orthodox Churches in Amman, the capital of Jordan. During the meeting, the issue of preserving the unity of world Orthodoxy will be top of the agenda. This unity is threatened to be broken after the decision of the Patriarchate of Constantinople to recognize the schismatic “Orthodox Church of Ukraine”.